Scroll down for the pictures:

Well this Christmas Eve has not made my “top ten” list.

Leaving work today I was east bound on Young Street. Traffic was light, most folks did not have to work Christmas Eve, or they got off early. It was only on a whim that I had brought my truck into work instead of my bike.

I am in the habit of looking both ways despite whatever color the light is, and saw a small blue car rapidly approaching the intersection. He was on Lamar Street, southbound. He was really moving, far in excess of the 30-35 mph that is the speed limit on most of these surface streets.

I was instantly on the brakes, but already knew it was too late. There was simply no place to steer to, he was moving way too fast, and he did not try to stop or avoid.

This was going to be a serious impact. I HATE that feeling of inevitability.

He impacted my truck hard just in front of the left front wheel and spun me around in the intersection. Since I had very little speed on, I stopped pretty much right there, across the two right lanes.

The other car careened across the intersection, taking out a concrete pillar in front of the Federal Building and continuing across the yard/landscaping, and eventually taking out a window and coming to rest against the building , something like 150 yards away from the collision. He was REALLY moving!

The impact was stunning, as well as the airbag, so I sat there a minute, making sure all the valuable parts were still attached to myself. I was in considerable pain, but it seemed nothing was broken, and there was no blood. As my friend the EMT says, “Air goes in and out, blood goes round and round–life is good.”

The entire front of my truck was smashed off. With a bit of surprise I discovered I still had my feet on the clutch and the brake, and the darn Dodge was still running! Those diesels are tough. Glad I was driving the “Big Iron”.

I turned off the truck and got out. I had to get away from those airbag fumes/smoke. I was not too steady on my feet, so I did not wander far. There were two witnesses to the accident (thank heavens) and one of those was a FedEx driver and he told me that he had notified his dispatcher, and they would summon help.

I never talked to the other driver. The passenger was apparently seriously injured and they were whisked away in an ambulance long before I was steady enough on my feet to wander around much.

Eventually the police talked to me and wrote the information down on the report. I’ll try to get a copy of that today.

The frustrating thing is, as pissed as I am that the guy ran the light, and that he was speeding, and that he attempted no evasive action at all (if he would have just swerved a little we would have missed), I am genuinely worried about the condition of his passenger, and have absolutely no way to know how she is doing.

The truck is toast, being something like 3 feet shorter in the front driver’s side. It gave its life for me, and I am now somewhat a fan of airbags.

I am sore, my left arm having impacted something solid after being blown off the wheel by the airbag. Some bruises where the seatbelt was, and some welts from the airbag too. Many other places hurt, but I am feeling better today so I am sure it is all temporary.

Didn’t need to lose the truck though. It has been faithful, and is worth far more than I will get for it in any kind of settlement. 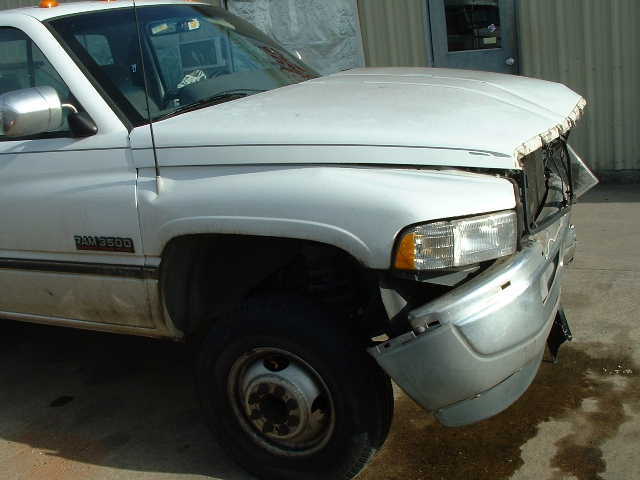 Crunch. My 1994 Dodge. Killed by a blue Chevy thing. Side View 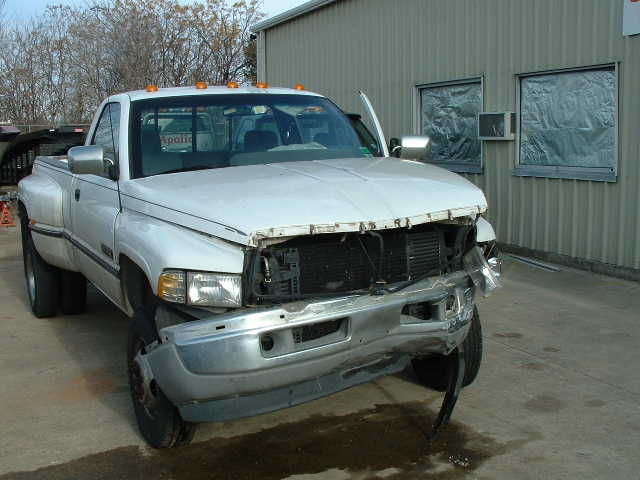 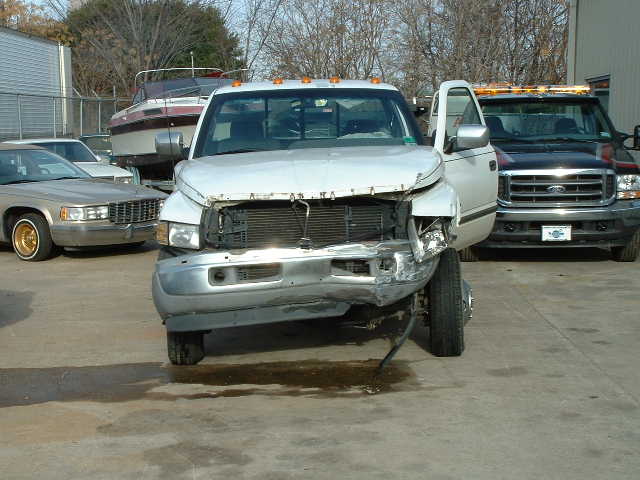 However, from death springs new life, always. That is the way of things. 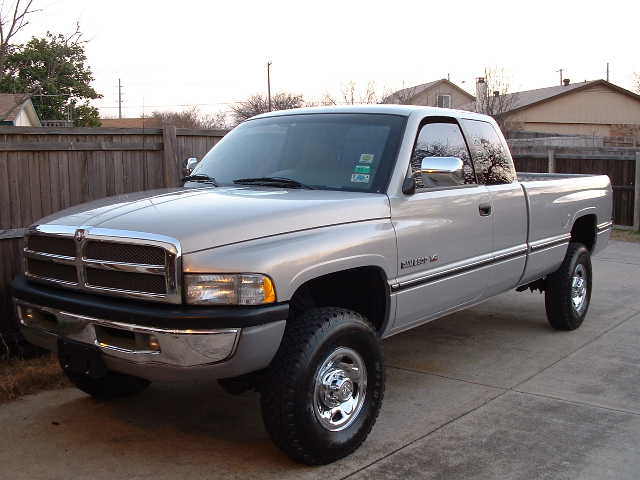 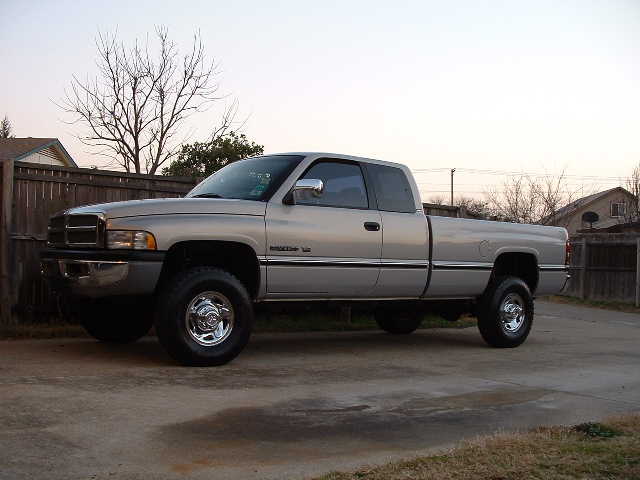 I did a bunch of research (bless the Internet) and found me a new(er) truck. Picked me up a 97 4×4, V-10 engine. Low miles. Several thousand under wholesale. Very good condition. It should serve me well.

Y’all drive safe out there!