Now why is this picture so depressing? 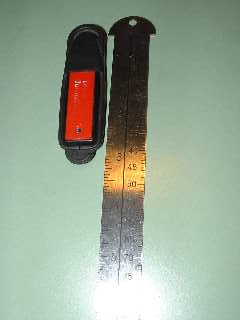 It’s a USB thumbnail drive. Not even a particularly advanced one. It’s less than three inches long and holds a gig of data. Why should that bug me?

I am a builder…a doer. A lifetime ago I worked in the construction trades. I was an electrician, and despite the horrific summertime Texas heat I really enjoyed the work.

Even today, some twenty-five years later, I can look at the Dallas skyline and spot at least half a dozen buildings I helped build. The suburbs are similiar…my wife will often roll her eyes at me as we drive through an area as I’m forever pointing out schools, shopping centers, large homes, industrial centers, and in one case…a water tower that I worked on. Some I was lead electrician, some I was just a journeyman, but all of them I worked on.

And they still stand…

I can see, touch, experience the results of my work.

I can spot a half a dozen buildings in either of these pictures that I worked on. 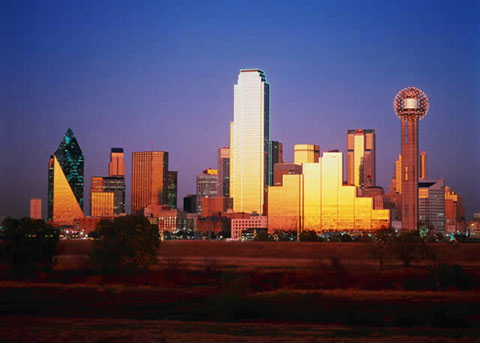 In 1985 or so the real-estate market crashed hard in Dallas and I suddenly found myself working for helper’s wages. Never the safest of trades, after a rather harrowing incident I decided I either needed more money for my skills, or significantly less danger/heat/labor.

I jumped into the technology end of production processes. I put myself through school and earned my engineering degree. I now make my living in a fast paced, deadline critical, cutting edge, system/production environment. I make good money, I get to work with amazing stuff, and my office is air conditioned.

So, back to the question. Why is that fisrt picture so depressing. Well, it’s like this. In my career as an electrician, I built things. They endure.

In the past 21 years of information technology work, I’ve built countless systems and workflows that no longer exist. We rip them out in favor of the next generation, sometimes even before we’ve finished building the previous generation. I’ve won recognition and awards for things that we replaced a year later. The product we produce (news) is defunct after a day.

So…21 years of work. 21 years of creativity and sacrifice. And it all fits on that single thumbnail drive. I can carry two decades of accomplishments in my pocket.

When I hold that up and say, “Hey look, everything I’ve done that matters in my career is right here.” it’s much less impressive…and significantly less satisfying…than pointing straight up and saying, “Hey look, I built that.” 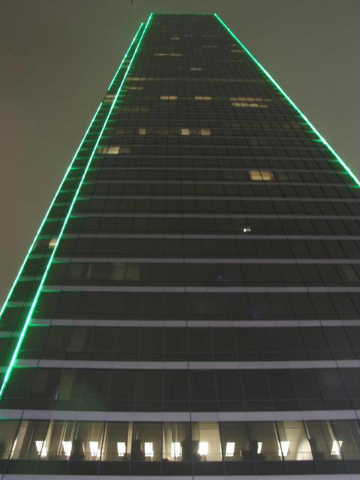 It’s time for me to do some things that matter. At least for me.

This entry was posted in Mood, Work. Bookmark the permalink.

3 Responses to The More Things Change…