Complete Documentation. Yah. I got some ‘O that.

One of the more unpleasant tasks I’ve had lately is to try to expain our workflows, design, and procedures to the IBM smucks that for some reason think they know how to run a newspaper. It’s scary really. They ask questions, and if your answer doesn’t fit into one of the 2 or 3 predefined check boxes on their generic spreadsheet, they stare at you blankly and ask the question again. I’ve spent hours doing this. It’s clear they are not interested in understanding.

The very questions are limiting, and since the answers don’t fit, eventually the meeting is over and they throw everything away and start over again with a new meeting. Same questions. I’ve had the same meetings three and four times. I estimate 25% of my working hours are now spent dealing with meetings or spreadsheets from these parasites on humanity genuises. That percentage is steadily climbing.

There is no allowance for, “Dynamic and responsive” in their outlook. They ARE the procedure, the result is irrelevant. In fact, the result doesn’t exist…only the procedure. Something they do can be a total failure…as in nothing whatsoever works (there is a real, current and major example), but as long as they followed the procedure, well it’s a rousing success and back pats all around.

I’ve tried to make them understand that the news business is unpredictable…and rather than one “procedure”, we strive to maintain an entire repertoire of sometimes intensly creative and dynamic methods to deal with pretty much anything that comes our way.

Yes. We CAN build a shopping mall with a q-tip. Hell, we’ve even tested it.

It takes skill and talented, imaginative people to do that…unfortunately that’s pretty much incompatible with IBM’s outlook on how technology should be “run”. We’re “technology”. We are apparently, not, a newspaper.

One of the things they’ve not been able to comprehend is the fact that every “in and out” of our operation is not documented. It’s not due to lack of interest. Hell, I can document pretty much anything. The problem is, when there are a thousand scenerios, and they’ll all change on the next swing of the news, what, precisely, do you document? Heck, if you manage to get it done before it’s completely outdated it’d be good for at least 4 or 5 minutes. That’s worth the effort, right?

Well, I finally found a complete document of our workflow, troubleshooting, and operations. It pretty much covers everything.

One of my coworkers (Hi Susie!) has been amassing it for years, and it’s as accurate as anything I’ve seen, or could hope to put together. It also has the amazing property that it doesn’t limit us to a single path or procedure to any given problem. It clearly shows the interconnectivity of our business.

Here, I present you, with the complete documentation: 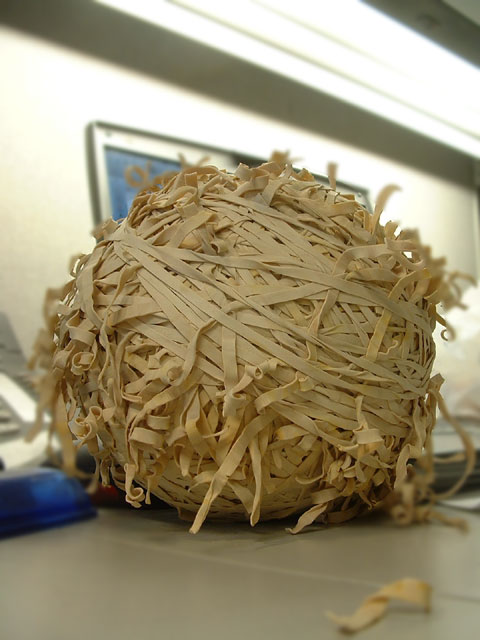 This entry was posted in Lunacy, Work. Bookmark the permalink.

One Response to Complete Documentation. Yah. I got some ‘O that.