Ran something like 2400 miles this weekend. Hours and hours alone on the highways.

The run began into the lonely darkness of an unseasonably cold night.

As always, there were close calls. As always, as time wore on there were things not easy to explain encountered.

Once, in the middle of the night…alone in the pitch black with only the soulful wail of my machine for company, exposed to the elements, shivering and exhausted, I did ask, screaming into the wind, “What in the hell am I doing out here?”

Did the wolf and dragon that came to run that highway with me in that dark night…in my moment of despair…actually answer, or was that all just a hallucination? Do I care? The answer was correct after all.

Stories were found…and will be written.

Wings were scarfed down in Culman, barbeque was eaten on top of a mountain, and I slept in an old stone cabin in the clouds. Santa, the jolly big guy with the white hair and beard, twinkling eyes, and friendly disposition, was my roommate.

The weather can best be described as “Biblical”…to borrow a line from Ghostbusters, “Real wrath of God-type stuff.”

“Got what we deserved?” Well, maybe…if “what we deserved” was exactly what we wanted. Oh, we didn’t ask for this specific weather, but men live for challenges. Some more than others. Some of the best men and women one could ever hope to meet were on the mountain that day.

Sunday morning the clouds were being dashed to their deaths on the mountain…the 50mph winds raking them over the rock and tearing them asunder. Higher gusts ripped at the trees and made the buildings shudder. It was chaos unleashed.

And there we stood…hard men and women…on that mountain…reeling from the titanic forces at play. We had to park the machines carefully…as the gusts would easily blow the 800-pound steel beasts over unless we faced them just so.

Our view less than 10 feet, and that only occasionally revealed between racing tendrals of cloud. Each gust leaving everything in its path drenched with a glistening cold film of nearly frozen liquid. The tears of the gods. Somewhere in the distance another tree lost the test of strength and crashed to the ground. We’d already encountered several on the road.

I’d be riding right into the teeth of it.

I looked at the man beside me. “Breakfast before we get started?”

It was going to be a glorious day… 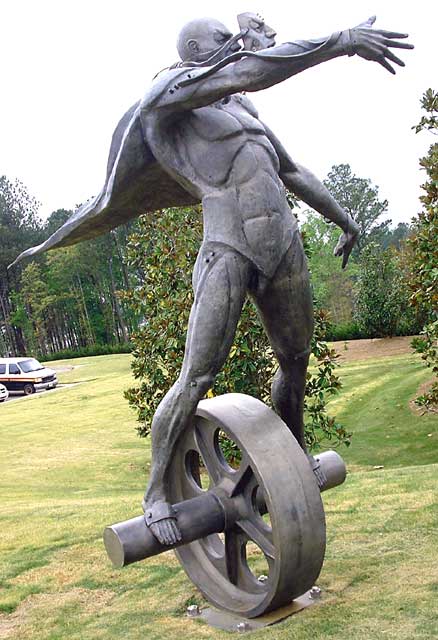