Every wonder what 30,000 cubic feet of water per second looks like? Rode up to take a look at the Lake Texoma spillway today. What can I say? It was a gorgeous day for riding! (besides, the Texas VRCC, 30 other bikes or so, a whole bunch of good friends, and fried catfish was involved!) 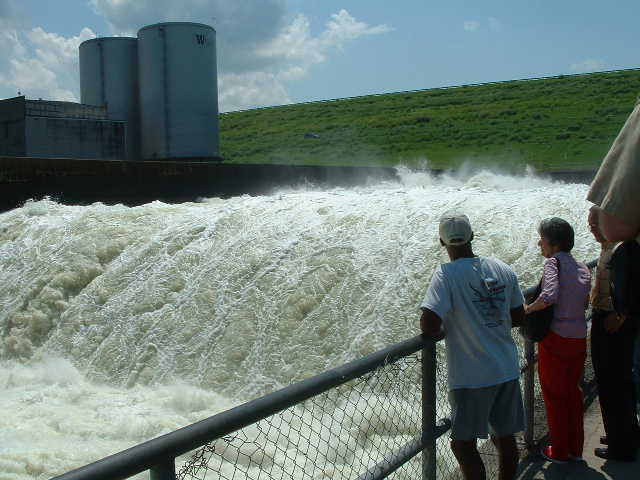 So, the North Texas Munciple Water District, which is something like the Texas version of the Mafia and controls fresh water and landfill access in the area, in conjunction with our various city governments, continues to restrict water usage.

They are spending millions running ad campaigns threatening us with dire consequences if we use water, and actually pay folks to drive around and snitch on users.

This, despite record rainfall, killer floods, and river dikes and flood pumps at or over capacity. Every lake in the area, built for drinking water and flood control, is way over flood stage. Lake Texoma is running over the spillway (just barely) and that puts it over 21 feet over the normal target height. It’s only gone over the spillway 3 times in the entire history of the lake. That’s over 63 years! The lake was completed in 1944.

30,000 cubic feet per second. That’s what they are releasing from the floodgates to keep the violent water off the spillway. The generators are also at full capacity, which typically, in July, ALL water released is only enough to run the generators at 50% capacity.

30,000 cubic feet per second. That’s about a million gallons every 4 seconds. To put it in perspective, a month of this would supply every household and business in the United States for an entire year.

Just last summer, our ever sensational and totally accurate (heh) news media was telling us how it would take “decades” for our lakes to recover from the recent droughts. We that have lived in Texas a while, just shook our heads and laughed. (looks at last year and says, “That’s not a drought,” points at 1987 and says, “THAT is a drought”).

Oh, and the most recent time Texoma went over the spillway? Just a couple years after the last drought. This is Texas! Sheesh! Water is not the problem, distribution is, they just don’t want to build the infrastructure. 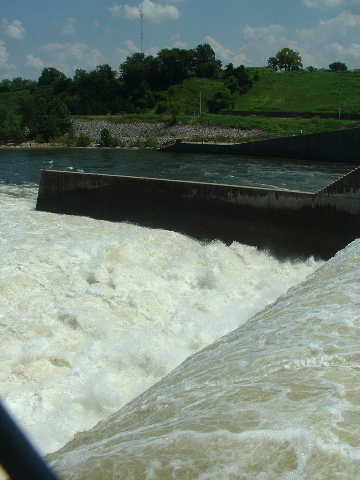 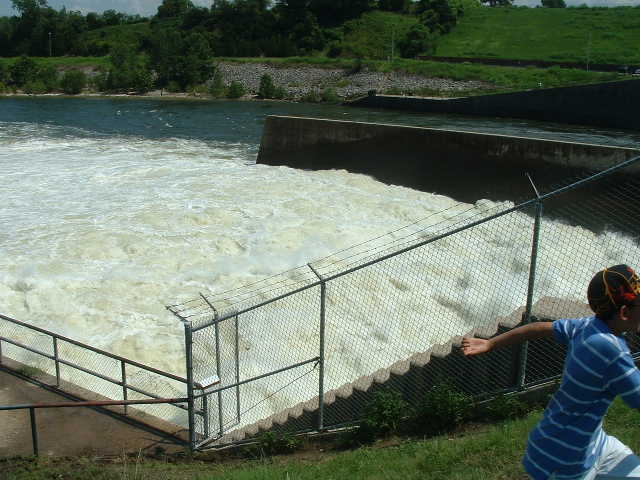 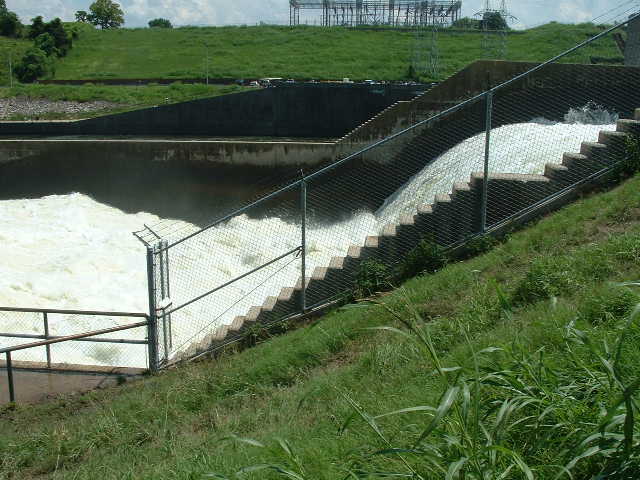 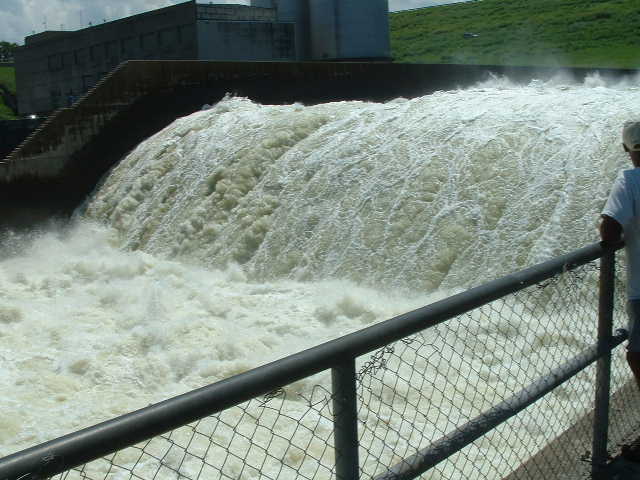 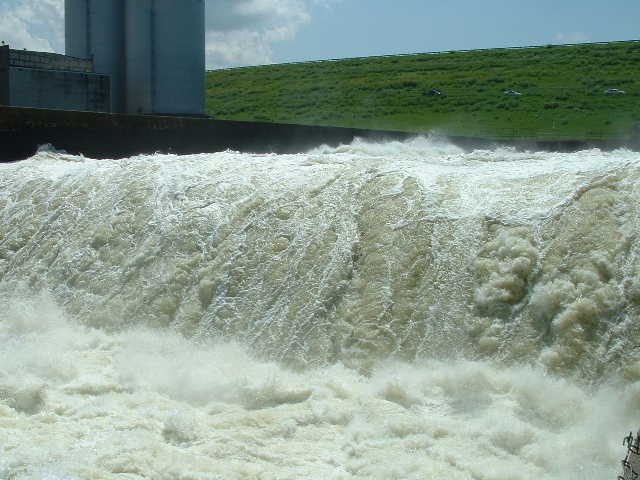 Ya’ll be safe. And if you’re riding in Texas anytime in the near future…bring your waders!

This entry was posted in Humor, Lunacy, Riding. Bookmark the permalink.