Mail Order Air (’cause, ya know…there might be a shortage)

Our dishwasher was recently recalled. And by recalled, I mean they sent a repair guy out to replace the inner door panel and a bunch of wiring. This had to be done because, apparently, if we ran it just right…it would clean the dishes so thoroughly that it would burn the house down.

I don’t really need my dishes that clean.

And yes, I’m getting to the mail order air thing…give me a moment…

Anyway, the repair guy commented that the dishwasher had crusty mineral stuff built up inside it and needed cleaning. Yeah, it heard him. Of course it heard him! Shortly after said repair guy left the dishwasher quit washing. It had the worst case of clogged arteries I’ve ever seen in a major appliance. Lime scale had built up so much that it was now flaking off and clogging up the spray holes and such.

This stuff was impossible to get off, and had taken over the filter and pump impeller.

Three ways to fix it. Replace the dishwasher, replace the parts, or clean the parts.

Not really believing I could effectively clean all the mini-holes and interior passages in some of these parts I logged on the ‘net, found a place that has all the microfiche and parts, and ordered everything I needed. The parts are cheap, shipping was reasonable, why not? It’s worth fixing just to avoid changing it for a new one…y’all might remember the last time I did that… (shudder)

So, parts are on the way. With nothing else to lose I did the “clean the old ones” thing. That turned out to be remarkably easy. I dumped a gallon of white vinegar in and let it soak overnight. Then, without letting it pump out, I ran it through the wash cycle.

A miracle! Everything crystal clean! No obstructions! Easily 2 pounds of crusty mineral and diswashing detergent residue removed. Back to it’s former glory. NO trace of the crustyness that was accumulating on everything. Wow! I must say, I’m surprised and impressed.

But this was a story about mail order air.

The parts I ordered are not bulky and shipping was cheap. So imagine my surprise when a very large carton showed up! This thing is probably 2 feet wide by 3 feet long by 2 feet high. It could easily hold 20 of all the parts I ordered.

When I cut it open, the packages of air they use to fill empty space began to climb out of the box. 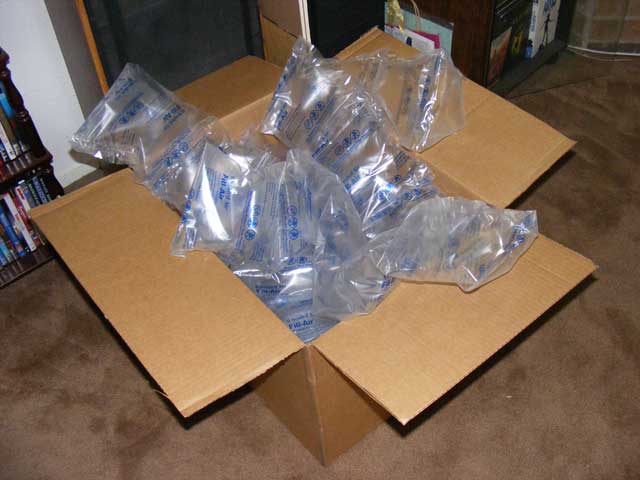 I grabbed the end and pulled. 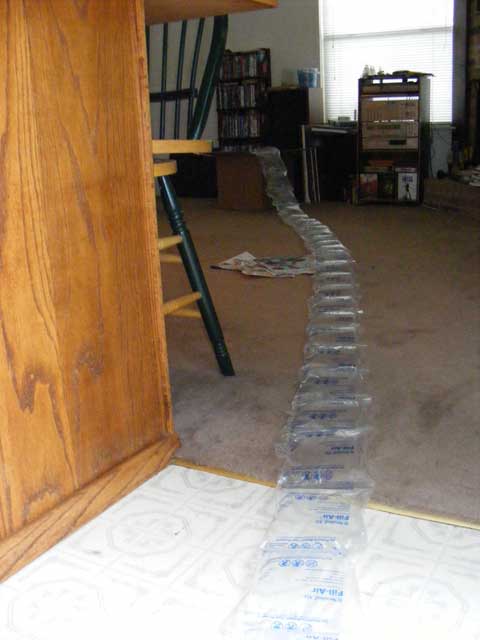 Retrieving the other end: 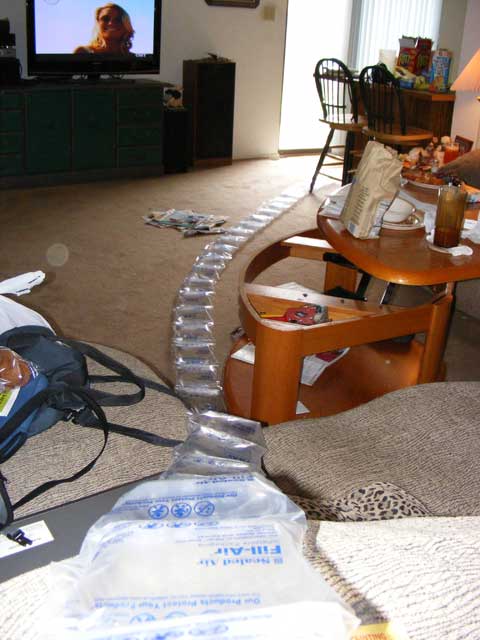 Now, I suppose I should go into a rant of some sort about strange packing methods and waste and such…but I’m just happy to have a massive supply of my very own mail order air. Ya never know…there might be shortage or something someday.

Plus I can run around the house chasing the wife and yelling, “Air snake!”

What could be finer?

The actual parts we needed:

Besides, “Casper” the 22 pound Maine Coon cat will probably love the giant box.

Y’all be safe…and if you can’t be safe…at least pack it safe!

This entry was posted in Humor, Projects. Bookmark the permalink.