Anybody need some certified hepas?

Ya’ll might recall late last year we had a bunch of air-condtioner work done. “A bunch” as in, “They ripped the entire mess out and installed everything from new.” I was happy, as the old system had basically announced that it needed to be torn out when it tried to burn the house down.

The cool (heh) thing about these units is that the compressing unit takes care of itself…it knows how fast to run based on the heating or cooling load actually being used in the house. Thus, they can adjust the air-handler for optimal performance without swapping out the outside unit. The air handlers are multiple speed as well, so they can be adjusted to do the perfect job for the space.

Now…the deal with air conditioning is that there are two major components to comfort; temperature and humidity. If the air conditioner is oversized, it cools the air too fast and can’t reduce the humidity effectively. If undersized, it won’t cool the house enough on those hottest days (Lots of those in Texas). The variable speed units are supposed to fix this. They can run slow when the demand is light, thus saving lots of energy and removing the humidity from the house, then they can ramp up when the demand is high.

Throughout the summer, the system did well, but when it cooled off a bit and the humidity went up, it got clammy in the house. A glass of tea would sweat so bad you could see the water running across the table.

Called the guys out to look at the unit. Had ’em change the filter (once yearly for this filter) at the same time.

They found that the installer had left the air-handler on “over-enthusastic”. It was putting out 2000cfm when the appropriate setting was more on the order of 1200cfm for the “high” speed. The guy they sent was a troubleshooter and quite knowledgable. He measured and tweaked the air handler settings to perfection. What a difference! Quiet (we can’t hear it run now) and the humidity dropped from 78% to 50% in a matter of a couple hours (80% outside at the moment).

The house is SOOOO much better. Glad we bought from a company that stands behind their work. The tech was also on the phone to his boss and they were profusely apologizing. The unit was probably in its default settings instead of tuned for our installation. That makes it less efficient (it’s already cut our electric bill by about 20%). They usually don’t miss that. 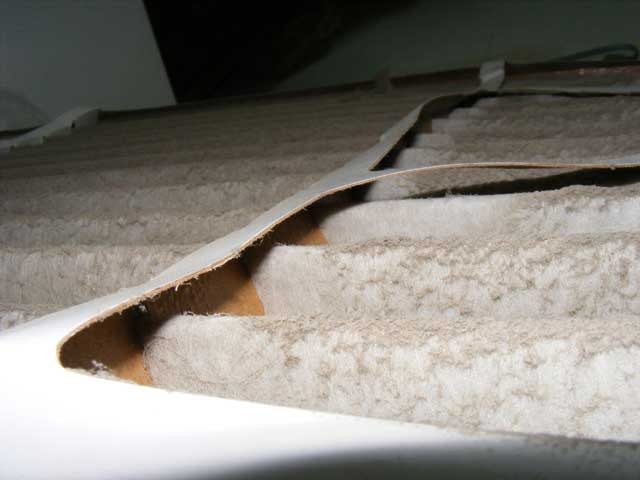 It’s a certified hepa filter, so it must be full of hepas, right? I figure I spent several thousand dollars on the equipment and nearly a year collecting them. Surely they’re bound to be good for something, yes? 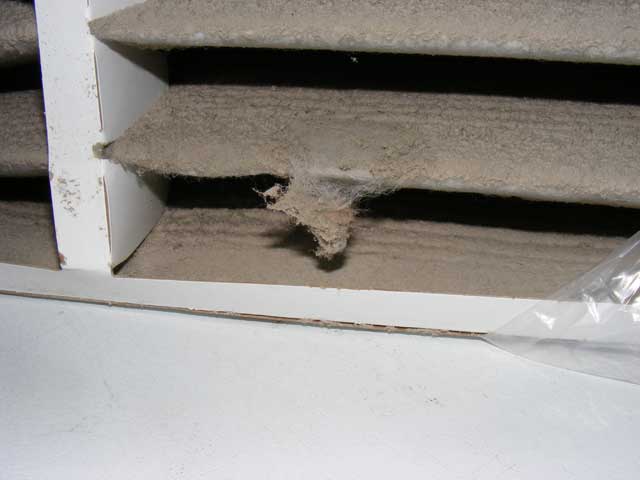 This entry was posted in Home/Office. Bookmark the permalink.