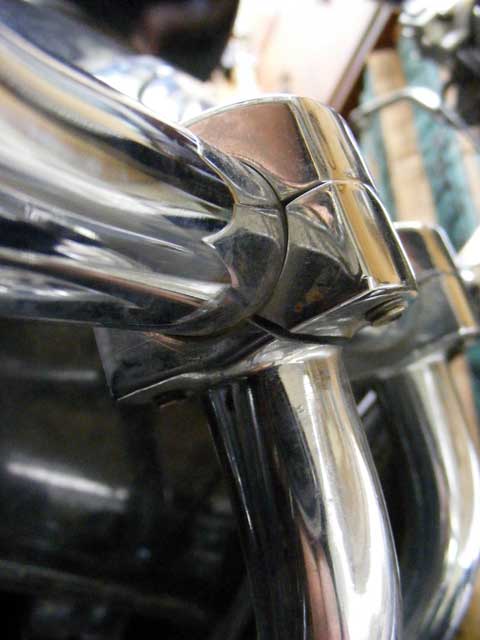 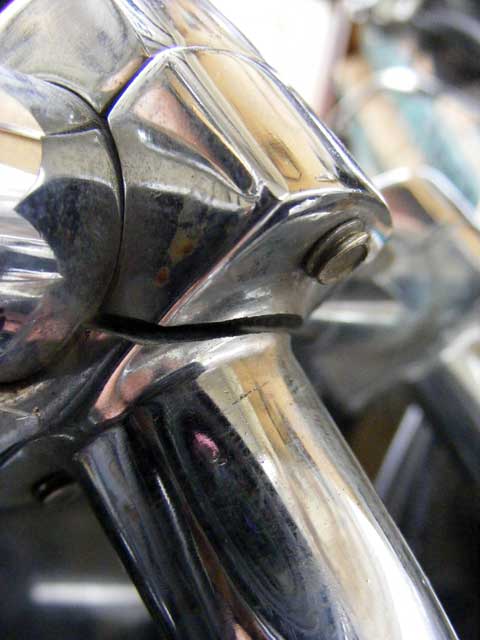 Was waiting on the friggen bolts to come in.

The poor postal guy…walking toward the door with a package in his hands…looks up to find a 300 LB fat guy, tools in his hands, charging down on him at a full loping run, lunging for the package and shouting “Oh thank GAWD!”

NASCAR style… 8.3 seconds later I had them installed. Would have been sooner but I stopped to take the pictures. The packaging was still fluttering in the air as I roared out of the driveway.

Ahhhhhhhhhhh! A ride! Maybe I won’t have to kill anybody now. 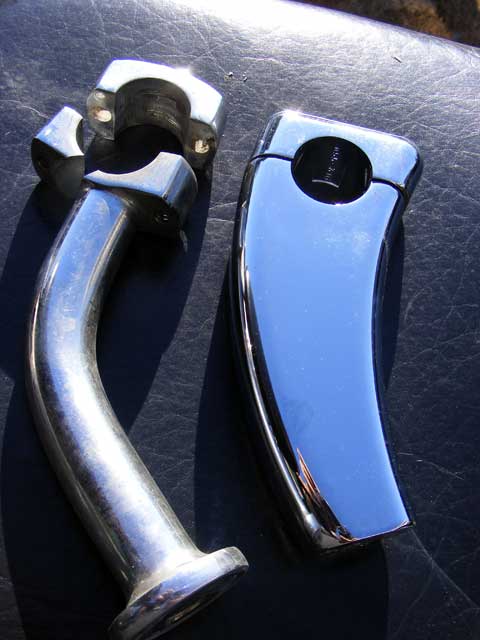 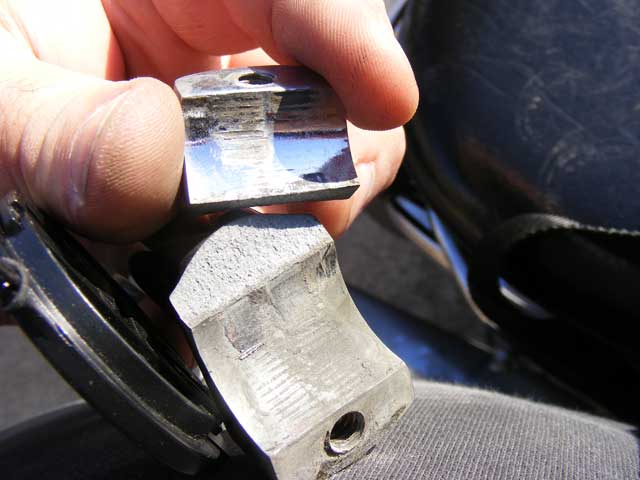 I can’t get a clear picture of it, but the other riser is cracked in the exact same place this one broke. BOTH of them are also cracked where the bolt opposite this broken side holds the cap on.

Wouldn’t have taken much more of a bump and I’d have been holding a loose set of handlebars and wondering just how the heck I was going to explain that to whatever I ran over/through…and possibly screaming like a cheerleader on helium…depending on my mood.

If y’all have these…or similiar…note the thin-ness where mine broke…I HIGHLY recommend you replace them. Risers are not a wear item. A break is sheer bad design and bloody dangerous.BOTH of them are also cracked where the bolt opposite this broken side holds the cap on.

This entry was posted in Projects, Riding. Bookmark the permalink.

One Response to Annnd Nobody died!