Twenty-five years ago today, Delta 191 encountered wind-shear from one of our famous thunderstorms and was shoved out of the sky on routine approach to the Dallas-Fort Worth airport.

One-hundred-thirty-five people, including one on the ground, lost their lives. It was a horrific scene and is still indelibly burned into the memories of any who saw the images from that day. 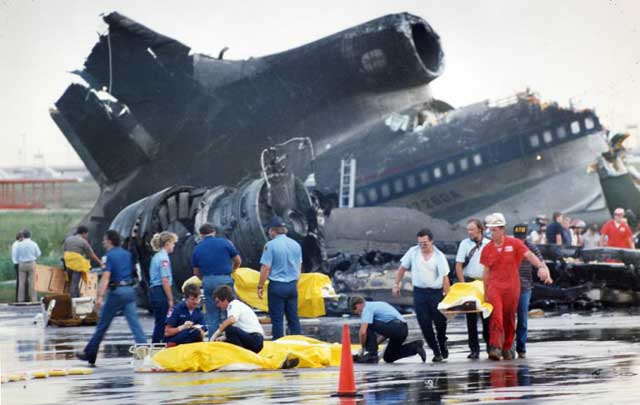 Twenty five years. Wow. I was working that night (in the news production biz). It was a career changer for me.

I “had the con”. It was a hellish night. Frantic, busy, emotional, and the tasks set before us were impossible. It was important. We did it, and did it right. Up against the tragedy of the lost lives it’s not something we ever expected or sought recognition for. It was enough that we got the job done.

But…twenty-five years? Where did it all go? Have I accomplished anything? Will the next 25 vanish just as quickly and with as little consequence?

A solemn day for solemn thoughts.

This entry was posted in Media, Mood. Bookmark the permalink.