Really? I mean…holy crap guys! Get it right!

Okay, yeah, a rant. Y’all might recall the salmonella tainted peanut butter that was showing up around the nation a couple years back…

Anyway, it took years to track it down and when they did, they ended up closing a plant in west Texas that was responsible for it.

Well, maybe. The problems have never really gone away. The FDA is blaming shelf life (as in, it has a LONG shelf life so people may still have bad batch around).

But…now the problems are back. Skippy is currently recalling several different varieties of their peanut butter in various regions…the entire thing is kind of nebulous about what and where, but hey, it’s not their fault they don’t know who distributed the stuff right?

First…although many people think salmonella is not a big deal, it can be flat out dangerous to the very young and older folks, as well as anybody who’s immune system is compromised for whatever reason. Peanut butter is a very good, easily digestible, and inexpensive source of calories and protein and is often consumed by these very people.

Second and most importantly...
I’ve made peanut butter. (I am also a very good cook and actually a certified food handler).

Peanut butter is a COOKED and CANNED food. The very fundamentals of making it heat it more than hot enough to kill salmonella.

Canning (or bottling) is always done at cooking temperature into sterilized jars/lids.

Just the very act of creating the stuff insures that is is NOT contaminated by salmonella. Period! Contamination in the raw ingredients won’t do it.

In order to introduce salmonella to it, they must be completely ignoring the MOST SIMPLE, VERY BASICS of food and implement handling.

The fact that this is showing up in finished product (still, again) is an indication that the fundamentals of food cooking/processing are being completely ignored!

These are big companies doing this. It is not a hard or expensive prospect to adhere to the basics…hell, you HAVE to just to produce the stuff!

The consumer is right to mistrust the corporations at the moment. Any commercial food processor should have sanitation as their absolute goal, and for this to be occurring it must not even being paid lip service.

So frustrating. It’s not just peanut butter we need to be watching. 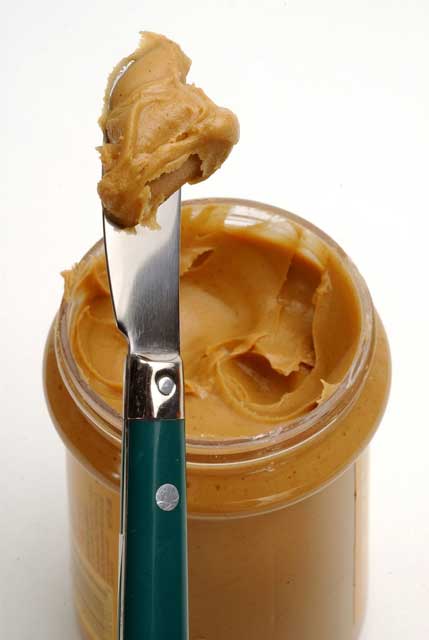 Super Good food or bacteria infested nastiness? Ya pay your money and take your chances.

This entry was posted in Blog, Corporate Incompetence. Bookmark the permalink.