Y’all be safe out there… 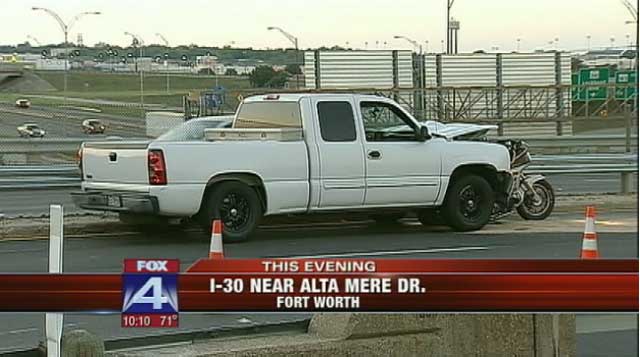 Rider is dead. Driver of pickup tried to flee on foot…

Sometimes they don’t give us even a little bit of a chance.

Y’all ride safe out there..

FORT WORTH, Texas –
Fort Worth police are investigating a hit-and-run accident that killed a motorcycle driver.

Officers said a man driving a white truck on Interstate 30 near the Alta Mere exit lost control. He spun out and plowed into a motorcycle, dragging it about 100 yards.

The motorcycle’s driver died at the scene.

The truck driver took off running, but police caught him quickly and took him into custody.