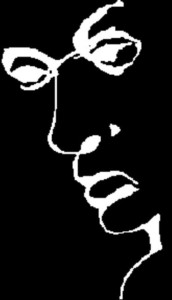 So…my office…became “not an office” a few years back when they decided that peons needed to remain peons and so, shouldn’t have offices…or something like that.

After a few moves, my office is basically, a cube in a hallway. Yep. I are a professional.

Anyway, at the end of my hall…is another hall. That one leads to the break-room and bathrooms and so, ends up being a place where folks congregate to do stuff that they wouldn’t do at their desk…like farting…or in today’s case…a cell-phone call.

I think I prefer the farting. Some of the women are truly impressive. I used to hold up index cards with number ratings on them…yanno…”6.9″, “9.8” and such (no perfect “10’s” yet)…but they have usually moved on before they realize I’m even there…or can hear despite the headphones.

So, this guy…who’s not a “coworker” really (thankfully), but does work for the same organization and in the same building (not my group or any group I work closely with)…is leaning on the vacant cube at the end of my “hall” and talking to his wife on his cell phone. Despite the headphones I can clearly hear his conversation, and when my song comes to an end, I can hear her end too. Sigh.

He is explaining that he missed their lunch date, and could not even take her calls or answer her texts, because we were having a serious technical crisis and it was an “all hands on deck” emergency thing.

He then further explained that he didn’t think he would get free at a reasonable time this evening and was not going to make it home until late.

“Don’t wait up.” was bandied about.

“Sorry honey. You know how it is.”

The kicker? There is no crisis today. Not even a minor one. Further kicker? These guys don’t manage any production systems or tight deadline stuff and are *never* here late.

Now…I will admit…MY wife isn’t always happy with the reasons or motivations for the things I do. A wanderer’s soul is a pesky thing and when I explain that I’ll probably ride to Louisiana for a sandwich on my way home, but might run though Houston first for some ice-cream, my “Because I can” or “For the hell of it” explanation of why occasionally leaves her frustrated…

But…despite being a author/storyteller…it would never have occurred to me to lie to her…or to do something I really needed to lie about.

The guy at the end of the hall did it with a smile in his voice and practiced ease. He winked at me when he hung up his phone. Basturd.

Yeah, I can be frustrating to my woman…perhaps riding my big, black, mistress clear to another state for a date with a gloriously juicy and sinful…cheeseburger…but on reflection…methinks perhaps…my wife doesn’t have it so bad.