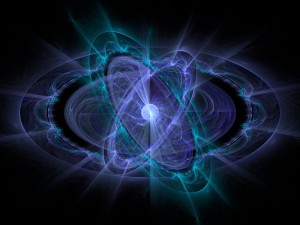 He’s a hard working, honest man. She’s a nice lady and dedicated mother. They just had an all but knock-down drag-out fight in their front yard…both tearing off in different cars eventually.

I paused my movie and stepped out due to the commotion (thought it was a cat fight at first), and then, not knowing what else to do…stood by…not precisely to referee…I have my own problems and am no doubt, unqualified to take on theirs…but just to make sure things were…well…okay. There’s pain all around, but shattered dreams and raised voices are bad enough. It needs not to get physical. I don’t know if my presence mattered…but at least…nobody is bleeding. Sometimes, perhaps, that’s all anybody can hope for.

But they are both gone.

I had tea with the mother-in-law who lives with them. My Spanish is not sufficient to know which she is the mother of…but it didn’t matter. Tea is tea…in pretty much any language. So are hugs…and tears.

Strong love is passionate. So is hate. Are they really that close together? Doesn’t seem to take all that much to make the transition. *That*…depresses me.

I’ve met so many that would see this event and it would have no impact on them…perhaps they’d even laugh.

Not with me. I see the work…the effort…the humanity…that is at stake. That loss of the human touch…for even one night…is too much. To see a family fly apart…flung to the cold and lonely corners of the world, wakes up pains I’d hoped I’d long forgotten.

Life’s too short for this.

…and why is it…in my life full of confidence and robust choices…that the one moment…the single doubt…which could be erased by the touch and passion of my own woman…always occurs when she is in a far away place?

It is nights like these when I tend to taunt my demons and tempt the gods…and usually bend something shiny and expensive.