Regular readers might recall a few months ago that the wife’s ride was beginning to misbehave and needed some repair. Fourteen years, two major “smacks”, 180-something thousand enthusiastic miles, and many adventures (and misadventures) across the nation had begun to take their toll.

So I repaired it…I do believe it underestimated the depths of my resolve on this matter.

Well, we’ve now had the time and miles (including two emergency trips to the east coast) to put the new ride through its paces…and the verdict is in.

Short of it is…the car rocks. Powerful. Comfortable. Extremely competent handling (active stability controls)…and it gets 35-40 mpg depending on the mix of driving for that tank of fuel.

What I want to mention though…is the CVT (Continuously Variable Transmission) that attaches the ride’s 182 horsepower to the ground. 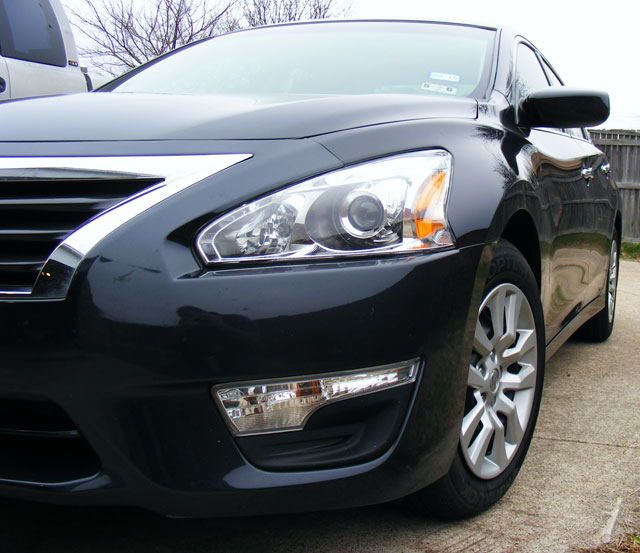 What CVT means is “no gears”. Many folks are leery of this concept. They shouldn’t be.

If you want to jam some gears…buy a Peterbuilt. If you want maximum performance, CVT is the future.

Here’s why:
You jam the pedal to the metal and the transmission lets the engine hit its EXACT rpm for peak torque and horsepower and then smoothly varies its ratio to keep that rpm where it is as the car accelerates…no pauses for shifts…no over-revving…from the second you hit the petal to when you let off it you get the full 182 horsepower on the ground.

The effect is awe inspiring…and will frankly and firmly spank anything in this weight class and horsepower range. There is no better way to get the power to the ground.

Once you’re through screaming, “MORE POWER SCOTTY” and let off the gas…the tranny then smoothly varies the ratio to the ideal economy range for the engine at the power output needed to hold the speed you want. That gets you an average 35-38mpg on this mid-sized sedan. Downright impressive and fun to boot.

There’s also a thumb button on the shifter for “sport” mode…which essentially just tells the transmission to maintain the correct ratio for peak horsepower/torque no matter what you are doing. You can use this when you “know” you are going to be aggressive for that more “firm” response when you first tromp on it…or to decelerate on long slowdowns or hills or such.

Paired with active stability controls it is an amazing machine…

…all in a mid-sized sedan.

I may have unleashed a monster.

We’ll see you on the road!