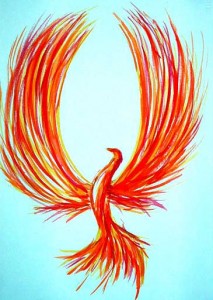 I just keep coming back for more…

“Damn it!” I woke gasping and soaked in sweat.

I don’t “nightmare” much…or…if I do they normally don’t bother me. The best my subconscious mind can come up with usually pales in comparison to the things I’ve dealt with in the real world.

You know when you have a thread that comes loose on a piece of clothing? You pull. Sometimes it comes right off…sometimes it just keeps pulling…unraveling seams and causing damage…if you’re smart…you try to cut or perhaps burn it off…

In my dreams…apparently I’m not that smart.

Then the mesh…two surgeries I’ve had were reinforced with mesh…and it pulled out…thread by painful thread.

Evisceration…one white-hot thread of pain at a time. And I don’t want to talk about the burns…

As each wound unraveled, they were vividly accompanied in turn by all the pain…and all the fear, anger, surprise, helplessness, or other strong emotion received when the injury/etc first occurred, immediately followed by the pain incurred in the treatment/healing…in all its full-blown glory.

And then of course…comes the shame. Most of my scars…aren’t on the outside. Some of them were gained when others held power over me…when I was too young or weak to fight back.

I sat there shaking for a bit…and finally rolled out of bed and headed to the living room.

An hour to calm down and moderate the shakes…and fool that I am…I try to sleep again.

…and we start the whole sequence over…

There’s supposed to be some meaning to be found in dreams…some lesson…some elusive bit of information or message.

The meaning’s lost on me…rehashing vivid pain serves no purpose except to torture the mind.

There’s no moral here…and the only information I can glean is that “pain sucks”…and that information was not the least bit elusive.

If it’s some sort of message from the gods…well…they can just piss off.

This entry was posted in Blog, Creepy, Mood. Bookmark the permalink.