Little Rivet had low fuel pressure and was running rough…since it’s the fuel injected 6-banger it needs adequate fuel pressure…and though it can legitimately be described as “grumbly”, it shouldn’t run rough.

These sorts of things are the sorts I like to give some attention to BEFORE they leave me standing beside the road.

So…fuel pump replacement. Step the first: Remove the bed…or at least tilt it… 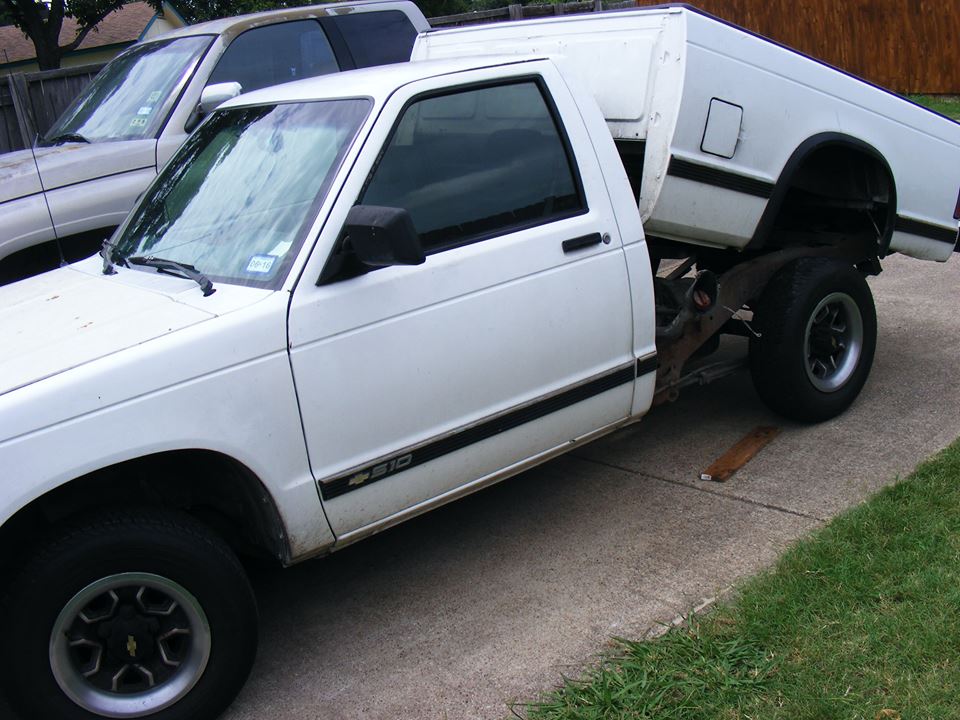 There are eight easy-to-get-to bolts holding it on from underneath. I pulled the front three on each side, loosened the back one on each side, and jacked the bed up to get access to the fuel tank. Much easier than pulling the tank.

This gives very easy access to the fuel pump hatch and lines/etc (under the wooden block in this pic): 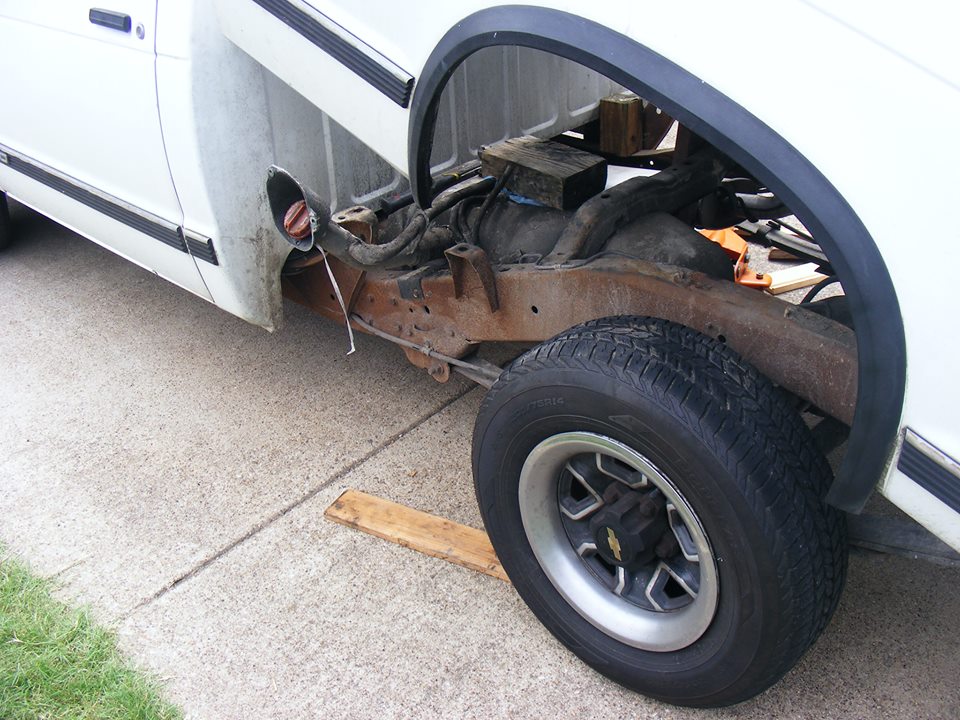 Swapped the fuel pump (and fuel sock, boy was it time for that!) and put her back together. 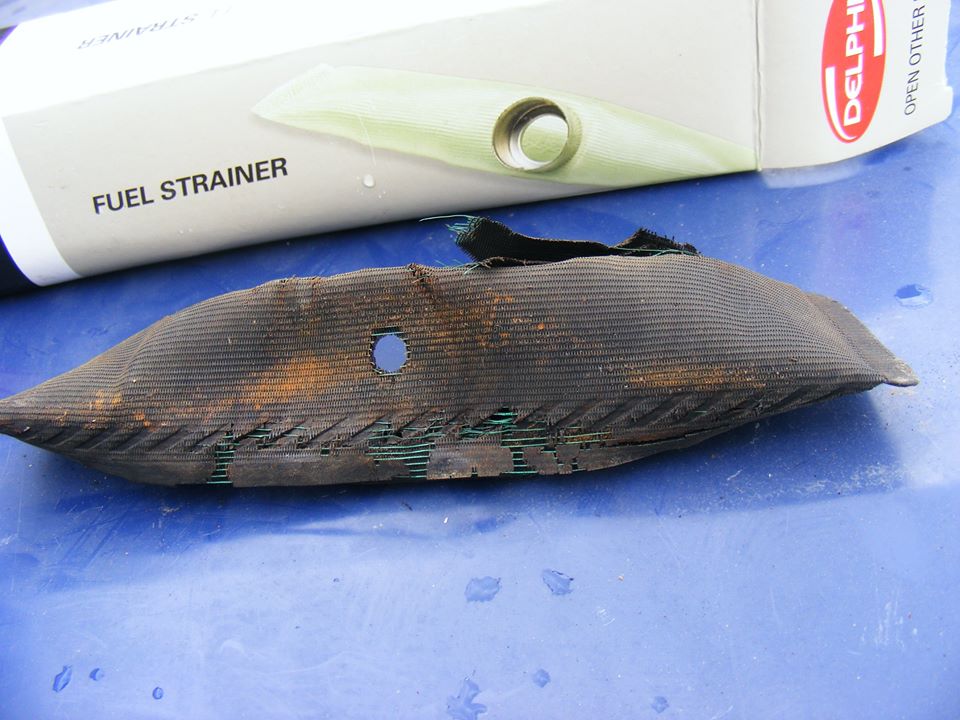 One more chore underneath…replace the (rather massive) fuel filter on the frame rail.

Next, time to go under the hood. Since the maintenance history of many of these items is unknown, and the truck has a quarter-million miles on it…it was time to “just do it”. 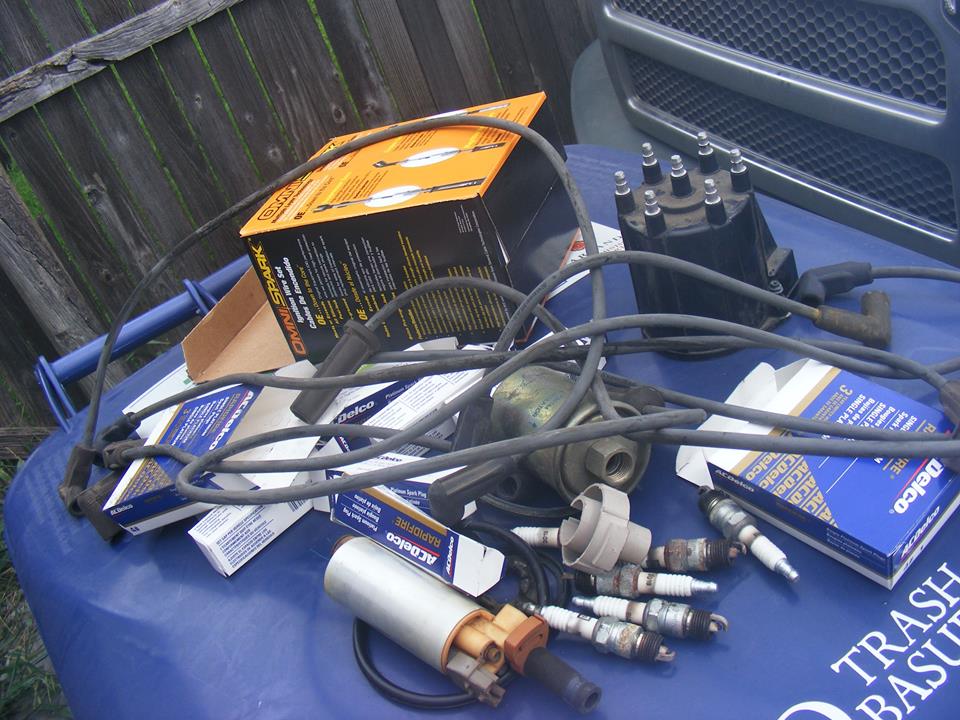 Unknown miles on these plugs (but more than a few), but the burn/tone/color on them is pretty good for an engine with a quarter-million miles! 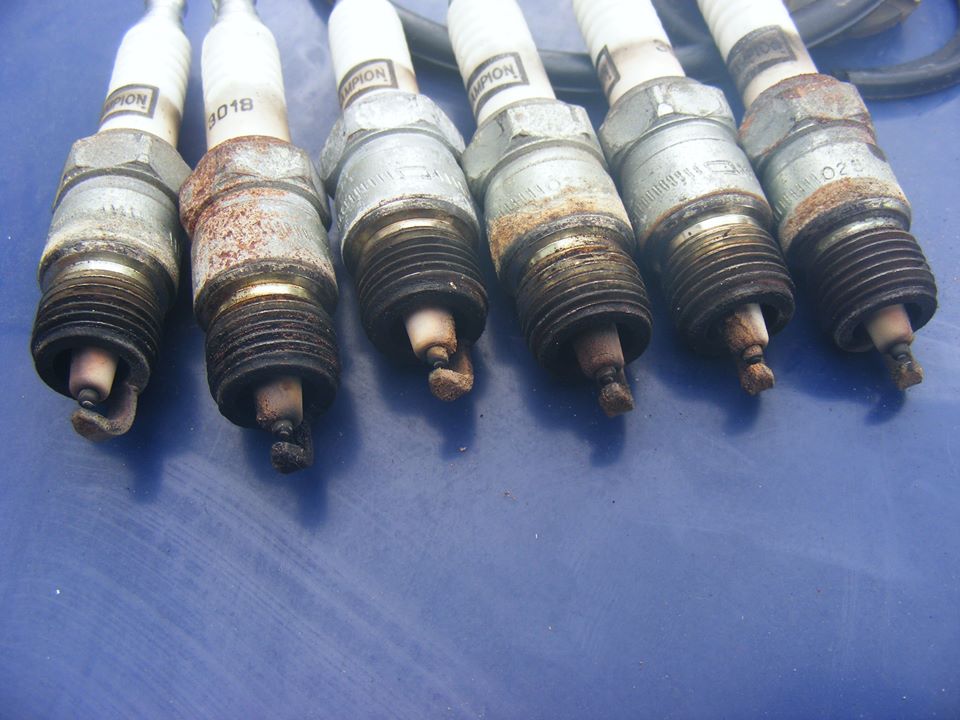 The distributor cap was quite loose, the rotor was shot, the plugs were aged, and the wires were “okay”. Changed ’em all!

Running smooth again! Should be good for another quarter-million!

I’ll see you on the road!