Well, looking at the price of trucks and the state of my career has me convinced that the older vehicles in the Meyer “fleet” will simply have to keep going (and going and going…).

Unfortunately Big Iron, the big horsey 4×4 Dodge was suffering from a case of what I call “Re-entry burns”…that rather famous Dodge dramatic paint failure.

Since her engine and transmission and other running gear should go another 100,000 miles at least…and the AC still works…I decided to give it a refresh.

See, Big Iron was looking sort of decrepit and I was getting tired of answering the question, “Sir, do you know why I’ve pulled you over this evening?” pretty much ANY time I drove it to east Texas. East Texas…btw…is among the worst places on all the roads I’ve bopped about in this great nation for the “Your car is ugly and I don’t know you so I’ll pull you over and go fishing for something” phenomenon.

The last excuse was, “One of your taillights is a little brighter than the other one no no don’t get out to look at it license and insurance please and just where are you going tonight?”

We’re all too grown up to play such games. Stop it. 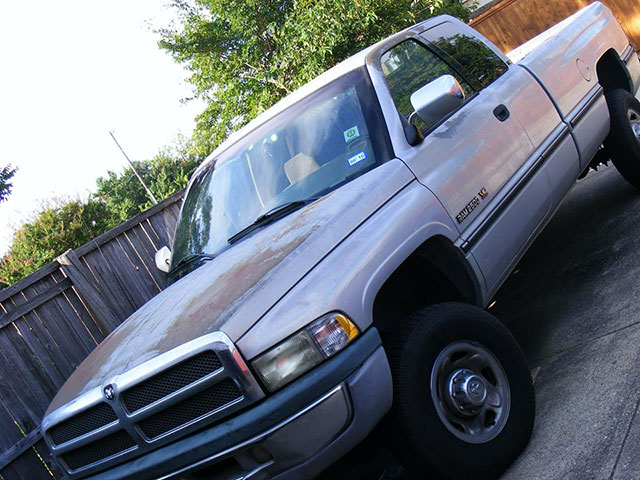 Re-entry burns. De-orbiting can be fun!

After a trip to the body shop: 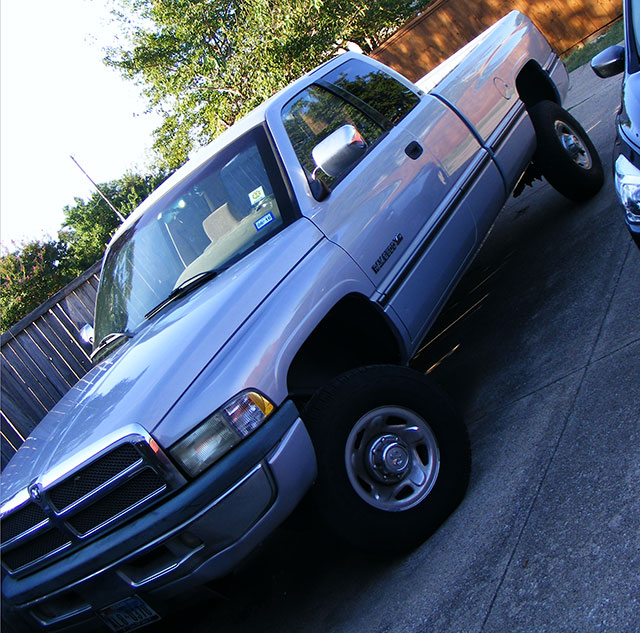 She’s all nice and pretty again. Had a couple dents repaired…one of them it came with…and a basic paint job applied.

Not perfect, but well worth the money. BTW…that’s not a dent in the driver’s door…that’s a reflection…

There’s one obvious booger on the edge of the hood…body shop said they’d fix it but it needs to cure for 30 days first. I’ll bring it back and they’ll color-sand and repaint the hood after that.

Heh…she’s probably “slicker” now and will get better mileage. (grins).

I’ll see you on the road…