I’m beginning to remember why I don’t much care for Chevrolet. I’ve owned a few over the years…and since most of my vehicles have been used and abused (BEFORE I got to them!), I’ve had to work on my own stuff for years.

I always seem to recall the work on the Chevys often involved fixing something that never, ever, should have gone wrong to begin with.

A few months back the windshield on Little Rivet, the grumbly little Chevy S-10 runabout, began to resemble a three-dimensional star map after a particularly hard “smack” (by, I think, a truck lug-nut) on the freeway added the image of a new galaxy to the windshield directly in my central area of vision.

Easy fix. I had it replaced. Drive to glass shop, open wallet. No biggie.

A couple months later after a heavy rain, I found the driver’s floorboard soaked in water. I assumed the windshield was leaking, and indeed, found a drop or two of water on the upper seal just above the steering wheel. Didn’t seem like enough of a leak for amount in the floorboard, but who knows? Leaking one place, could be leaking elsewhere.

I took it back to the glass shop and they reset/resealed the windshield. Fast forward to Christmas weekend…tornadoes and the like…and EIGHT inches of rain. You’d have drowned if you went outside and looked up with your mouth open…

After the deluge, and once we finished chasing all the animals away that were lining up two-by-two…there was 3 inches of water in the drivers floorboard.

Back to the glass shop. Must be it, yes? Didn’t leak before the work and they DID have to reseal it so….?

Nope. Not the windshield. They DID find the leak for me though. They didn’t even charge me for the effort…quite nice of them actually.

All the water that hits the windshield area drains through the cowling and exits inside the front fenders to spill to the ground.

Chevy, in their infinite wisdom and clearly superior manufacturing processes has a LARGE hole made into the body that goes through into the cab (in the wall right by where your feet would be). By “large” I mean 6 or 7 inches wide by 10 inches tall or so! It’s not normally visible from inside as there is a plastic interior panel that covers over it.

This hole goes basically outside…the fender sort of covers it from view but does nothing to keep water, air or debris out of it (there’s about a 2″ gap between the body and the fender.

I’ve no idea what this massive hole is for…perhaps to use less material, lighten the weight, or for access during assembly…doesn’t matter really…the problem is how they chose to seal it up. 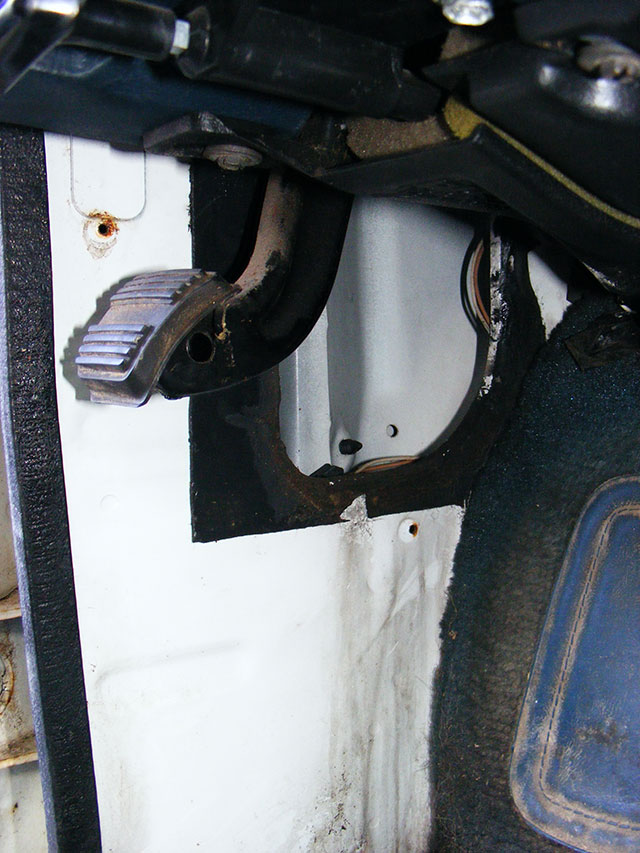 Large Body Hole in S-10. What you’re seeing through the hole is the back of the front fender.

The “high quality” way they chose to seal it? They basically taped over it with some tar-backed box tape…that thin plastic stuff you tape boxes shut with? Yeah. That. With a little black tar stuff on it.

Yes, this is factory. No, it stands no chance of lasting to cover a hole this size unless you figure to design your vehicles to fail far sooner than they should. I’m surprised a rodent or bug or something hadn’t gone through it years ago. 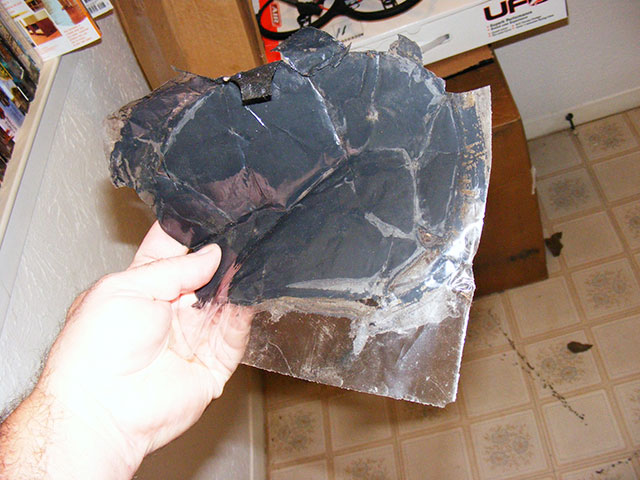 When the inevitable occurs and this “high grade” seal fails, outside air blows into the cab, and since any water draining out of the cowl runs DIRECTLY over this…well, the majority of it just enters the cab too.

I guess I’ll cut a piece of flashing to fit this and glue it on with some polyurethane sealant or such…but gad…REALLY? All the things that wear and tear on a vehicle I get…but THIS? Properly sealed this should have never needed attention. Ever.

Ah well. Always something I guess.

One Response to More tape! Stat!