That’s the kind you want…

Zooming around the gorgeous east Texas night in Da Altima the sequel (the wife’s ride…reminder…gotta get her to name that thing)…we were inbound to the metro-mess from the Old Vic and we stopped at a Braums store for a quick dinner, a few groceries (milk/bananas and such), and a break. It’s about halfway between the two houses so we do this fairly often.

Afterwards, leaving, I walked the wife to the passenger door and opened it for her. As she got in I, of course, tweaked her on the butt, and then closed the door behind her. 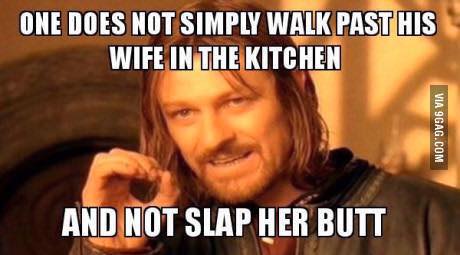 As I turned to walk to the other side of the car I noticed a mother and her teenage daughter sitting in the car a space over from us (the space between us was empty). They were both watching. The young one had gasped.

Mom winks at me and says, “No honey, that’s the kind of guy you want. He respects her enough to open doors for her, but still desires her enough to slap her butt.”

Yep, 25 years we’ve been together…and I still slap her on the butt (and she still blushes and squeaks).

I’ll see you on the road!