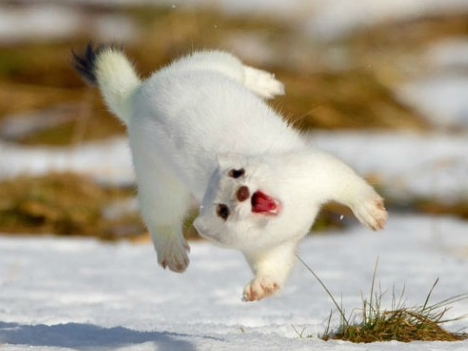 So I had to vote today…last day of early voting here in Texas and I’m working the election Tuesday…and as I walked in…I was still undecided on the presidential candidates. Every last one of them has seriously fatal flaws. Crook. Nutjob. Preacher. Liar. Make-believe. Rainbows and unicorns. Not a one of ’em I’d invite to dinner and trust unattended in my home…and one of ’em gets to run the country.

It’s a hell of a choice.

Now…there’s never been a perfect politician…simply put…in our day and age a truly qualified person COULD NOT do the things they had to do to get elected.

But never before…have I been this undecided this close to an election. Gah.

Oh…and just *when* did “conservative” become synonymous with “evangelical”? GAH! (again).
I wonder if we can get the primary process changed to a death cage naked jello wrestling match?

But voting often lets me troll too…

See, I don’t like their purpose and the fact that they CAN and do influence the in-progress election…so when I get caught by a pollster…I just lie my ass off. It screws up what they think they know about demographics.

“Sir, do you mind answering a few questions?”

*slouches, scratches myself inappropriately, and starts pretending to chew tobacco*

“Eryep. I recon I could do thet there thang.”

“Did you vote in the republican or democratic primary this morning?”

“Both, actually. See, I had this cousin Earl…looked just like me…got his little pinkie caught in a pistachio hulling machine…sucked him right in..but…yanno…slowly. They figure bits of him got shipped to 27 states and the district of Columbia…anyway…looked just like me…oh yeah…I said that…and they gave me back his wallet…see…it popped out of his jeans as his ass was being dragged in…it was the only thing left….which is surprising. Earl had a LOT of ass…”

“So anyway…they sent his voter card and I’ve got his eye dee…”
“His what?”
“Idea”
“His idea?”
“No. IDEEEAah. EYE DEEE. His drivercating card! Are you some kind of stupid?…where was I…oh yeah…he looks just like me ya see…and just ’cause he’s dead don’ mean he ain’t got the right to vote ya see…it’s in the constellation.”

Meanwhile at least 6 folks that might have actually answered the questions have passed by.

“So…ya know…my cousin Earl…he looks just like me ya know…well…he did before the nut job… *doffs my hat, bows my head and mumbles*, “Rest his soul in pieces.”

“Well Earl…looks just like me yanno…well he voted in the donkey vote…fer that Sandy guy…see…Earl…well he looks just like me but he really don’ like wimmen much…his momma slapped him around a lot and never would make him a sandwich…well…and since we’re pretty sure…Earl and I rest his soul…that that there Sandy guy ain’t a woman…oh and he’s promising free college…and Earl…yanno he looked just like me…he wasn’t the college sort yanno…but he LOVED bean bags and colleges have bean bags so that’s who he voted for.”

I pause to spit…and then for good effect…I plug one nostril and blow the other one out farm hand style. Snot rockets for the win! Poll guy is, I believe, trying to suppress a gag reflex.

He’s also trying to escape but I keep stepping around to stand directly in front of him.

“Anyway, Earl REALLY liked bean bags…now I…well *I* take this stuff much more importanter than Earl…so my voticating is higherly considerated. I went elephant…since elephants are dead serious. I’ve seen ’em at the zoo and they gotta be serious…I mean…with a nose like that wouldn’t you be serious?

I sidle up and whisper conspiratorially, “Too many damn yankees. I don’ know why but they seem to gather up there…”

Exit poll guy has a smidgen of a chance to escape me here…but the fool (who else is gonna be an exit poll guy) has lost the will to live and actually asks me another question.

“What do you think the most pressing issue of this election cycle is?”

I looked him dead in the eyes.

“Rabid weasels. There’s too many god-dammed rabid weasels. And pistachio nut safety. Somebody should do something. Poor Earl….twenty-seven states! AND the district of Columbia…though why they ship ‘merican pistichos to south America I’ll never know.”

Then I grab his hand, “Pray with me now!” and start chanting in Latin.

Now…chanting in Latin is not something I can keep up for very long…I know maybe 12 words…but before I even got half of ’em out (and I’m pretty sure at least three of ’em weren’t Latin but rather they were a spell from Harry Potter) exit poll guy remembers he needs to be “over there” and jerks away and sprints across the parking lot.

’tis probably a good thing. When I ran out of Latin I was gonna start in on Nickleback lyrics…or perhaps Bon Jovi.

I last saw him accelerating out of the parking lot. Pretty decent clipboard he left behind though. I actually pondered hanging around and asking nonsensical questions as an exit poll guy (“EXCUSE ME! SIR! What’s your stance on domesticating rabid weasels?”), but nah, I had to get to work.

So…for my “non-Texan” friends or anyone else that doesn’t realize pollsters and surveys are fair game (not to mention downright fun), when ya read about just how nutty Texans actually are…ya might ponderificate that we may be intentionalistically dirtying up the waters a little bit.

This entry was posted in Blog, Humor, Lunacy, Ramblings. Bookmark the permalink.

One Response to Damn rabid weasels…