On the news this morning…
1) Couple killed on a bike when SUV ran red light. No charges filed.
2) More indictments of bikers in Waco massacre (for those of you not familiar, couple of bikers get in fight, police open up on crowd with assault rifles, killed a bunch, delayed medical care, won’t release the “who killed who”, and local law enforcement in a stacked grand-jury is in the process of indicting anybody there with a club sticker or patch or vest on “organized crime”)
3) Dump truck driver that left-turned in front of and ran over biker no-billed.
4) Fort Worth cop sprays pepper spray into group of bikers passing his pulled over car. (being blinded on a motorcycle is a death sentence, he may as well have opened up with a shotgun…also for us asthmatic types…had I been riding by and I didn’t happen to have a particular drug on me at that moment…well…I’d get to die.)

These stories all in the same newscast (some are followups).

The heart-breaker? As I’m getting on the bike to ride to work…the wife wanders out to the garage and hugs me tight.

Forehead to my chest and with a waver in her voice she asks me, “Why isn’t it illegal to kill riders?”

The raw truth of it is the world at large seems to think we’re asking for it…that we deserve it. Law enforcement seems to agree with them.

I have no answer for that.

Y’all be safe out there. 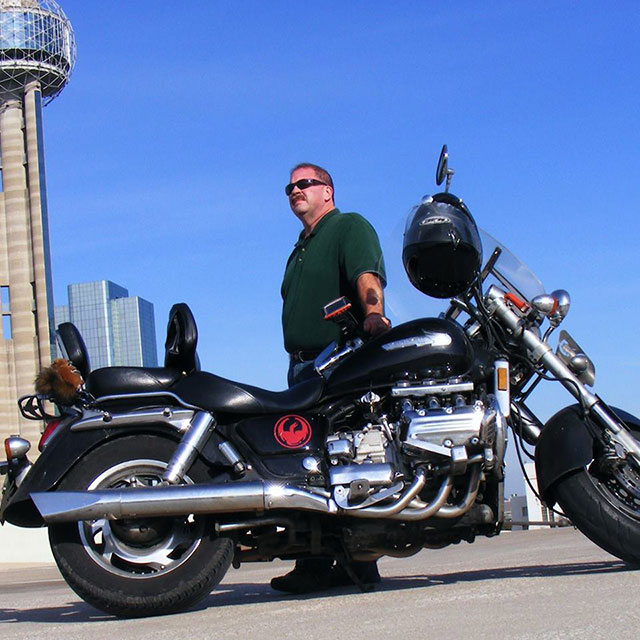