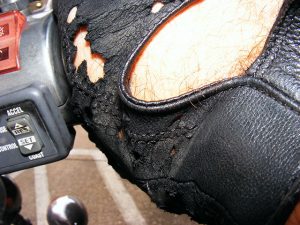 A balmy Texas fall morning…one of those that stirs the soul…and summons the demons…the predawn light and racing clouds adding an atmosphere of adventure…or perhaps menace…depending on my interpretation of it. It’s difficult…this morning….that my perception won’t settle for one or the other.

Warm, humid, almost tropical breezes wash over my skin, punctuated by the occasional pocket of cool, crisp air to remind me I’m still alive…or perhaps living is the better word.

There are occasional days that is in question. They seem to come more often lately.

Both feet down, sitting lightly in the saddle…the big Valkyrie cruiser grumbling beneath me, I’ve stopped at the end of the street out of my neighborhood to survey the beginnings of rush-hour traffic.

Or so I tell myself. Something deeper is troubling me.

The cages pump along the arteries leading to the main-lines into the heart of the city. Streams of high-speed steel and plastic, piloted by sleep-deprived, distracted, and occasional malevolent drivers…and I have to make my way through all of it…right to the very core of the entity…so I can do my day’s work at an arbitrary location decreed by the people that believe I’m their chattel.

The world has progressed to the point where I can do my job…and do it well…from anywhere I can get a solid internet connection…but still…egos and empires and the requirement to demonstrate authority all combine to compel me to be at a particular location…at a particular time…on particular days…to do critical things that require neither the location or the time to be controlled.

I wonder if I’m one of them.

A moment of doubt. I don’t like doubt. It’s the destroyer of men…and the killer of souls.

What I do used to be important.

Is it still? Was it ever? Has the task become inconsequential? Or have I?

I used to know those answers.

I used to be sure.

There is a rhythm to this city…even in the chaos. Distinct and pervasive, yet masked by the seeming frenzy on the surface. Intricate…with a subtle back-beat, so subtle that few can sense it. Fewer still can grasp it. Most don’t realize it’s there at all.

I’ve paused because today…I’m just not feeling it. The why. The what. The where. They’re important…not just about the city but about my role here…and today I don’t KNOW.

They are related. Those rhythms. Mine and the city’s. One can’t be comprehended while the other remains unclear. They have to mesh…to work together…or the resulting composition is discord. Confusion.

The rhythm breaks. Changes. A beat I’ve not heard before…and I wonder what it means. It matters…or it should…but there’s no more time for me to ponder it today. Understanding will have to come later…assuming there IS a later. Now I’ve reached the arbitrary time set by arbitrary people to strive to reach a place to do what I do…for reasons I can’t recall at just this moment.

I slap the motorcycle on the tank. “You ready babe?” and bang the battered machine into gear as I ramp up the throttle and wait for a gap in the stream.

Today she doesn’t answer. I find that disturbing.

Finally I shrug. The rythm will come later. Maybe.

As a break in the cages approaches I grin wickedly and yell at the cars, “How many of you bastards are gonna try to kill me today?”

As I pull out into traffic I try to ignore the quiet voice in my head that wonders, “And is today the day you’ll succeed?”