I am of a breed that works tirelessly to support my family and friends…protects the same…and does my best to solve problems for them and others.

This intense drive is part instinctual/sex. Yes kiddies, there actually is a difference between men and women and how they approach things.

It is also part parentage, part societal conditioning, and a very large chunk of it is my developed personal honor…formed by experience…resounding successes…and horrifying failures.

It is NOT a minor thing…this drive.

Unfortunately it results in neglect of certain things…mainly…myself. Work or “stuff” I need/should do for myself gets put last on the priority list. Since our society generates crisis and noise at a frantic rate…that list is never ending…and “I” often end up on the bottom of it.

When I do take time to do “stuff” for myself…it is usually external…work on a project of some sort…ride to keep my sanity…that sort of thing…and again, I never get down to the “me”. There’s simply nothing “less important” on the list that I can ignore.

Since, despite its problems, I like life in general and mine in particular, I recently realized this is not exactly the best approach.

Six weeks ago today I announced (on my Facebook feed I think), that I’d had enough…and no matter what it took…sacrificing job, friend, or family obligations, I was going to tackle my fitness.

Before in life…it was a self-maintaining thing. Construction and farm work will keep you pretty fit…at least when they aren’t happily and effectively killing you…but as I’ve aged and neglected myself…well…some of that changed. A desk job is not a small contributor.

It’s a little bit daunting…my exposure to training was my high-school and jr-high coach…who’s idea of exercise was to, and I’m NOT exaggerating, make us run around the track until we puked.

Three times a week. Run around the track…heat, cold, rain, whatever…until you puke (no water/breaks either!). The other two days we did push-ups or sit-ups…nothing but…for 40 minutes (or until we puked).

The other factor is that spending your teenage years in a poor environment sort of encourages you to work very hard…but at ACCOMPLISHING something. The focus was external though. Exercise was expending effort at accomplishing…nothing concrete.

Taking care of myself was never even on the list.

Lord knows I’ve the scars to prove that one.

There’s no other way to lose weight than a strict diet (short of surgery)…so why the trainer? Particularly the weight training? Diet is king…and if you simply MUST exercise, well, cardio is where it’s at for weight loss…you can walk around your neighborhood for free…

Well, it’s like this…I’ve been a strong man all my life…and I LIKE being capable of picking up engine blocks…and breaking stupid people in half when they need it. That really should be a rarity…but there seems to be no shortage of stupid people lately.

Weight loss at the expense of muscle and bone mass is NOT a good thing…being fat would be healthier…and this will also help balance and such if I manage to survive the metroplex long enough to retire.

There is NO healthy way to lose weight…being a lower weight is healthy…but getting there is a serious stress and your body will fight you every step of the way…sometimes with serious health consequences.

Training is a way to make it as safe and effective as possible.

Anyway, I’d lost substantial weight on my own…but have been stuck/frustrated for a year now.

My attitude…or id…got to a “point” and said “Screw this crap.”

I woke up one morning and told the wife that no matter what it took…I was losing 100+ lbs this year. I sighed up the next day.

I’ve always been a large/muscular man so I’m shooting for 200-220 and then I’ll see where I’m at (I weighed 220 when I was nothing but muscle and blood). If you want the embarrassing facts…I peaked a couple years ago at 427…and I couldn’t fasten a SIXTY INCH jeans.

I worked at that with diet and hard work (life/project stuff, not structured exercise) and lost a bunch…I was a hundred or so pounds lighter but plateaued/holding when I started this new regimen.

That damn list again. It takes focus and drive to succeed at this…nothing short of 100% will do…and I’d fallen clean off the bottom of the list.

So I put myself on the top…and I mean the VERY top…of the list. I’ve never been there before. It remains to be seen just exactly what…it will cost me.

It’s a tough thing…my work ethic and honor fight that “selfishness” every day…and it tastes like a failure.

But it has to be done or I won’t succeed. If you have a (more than 20%) weight problem…the success rates of losing it and keeping it off are dismal…there are entire, multi-billion dollar industries focused on selling you magic to fix this…and society is not geared to allow you to focus on it…even while demanding you “fix” yourself.

My wife supports me…but I was met with some skepticism in other venues.

And next week I “ramp it up a notch”.

Will I stay motivated?

I’m at the top of it now. The question is…can I stay there? 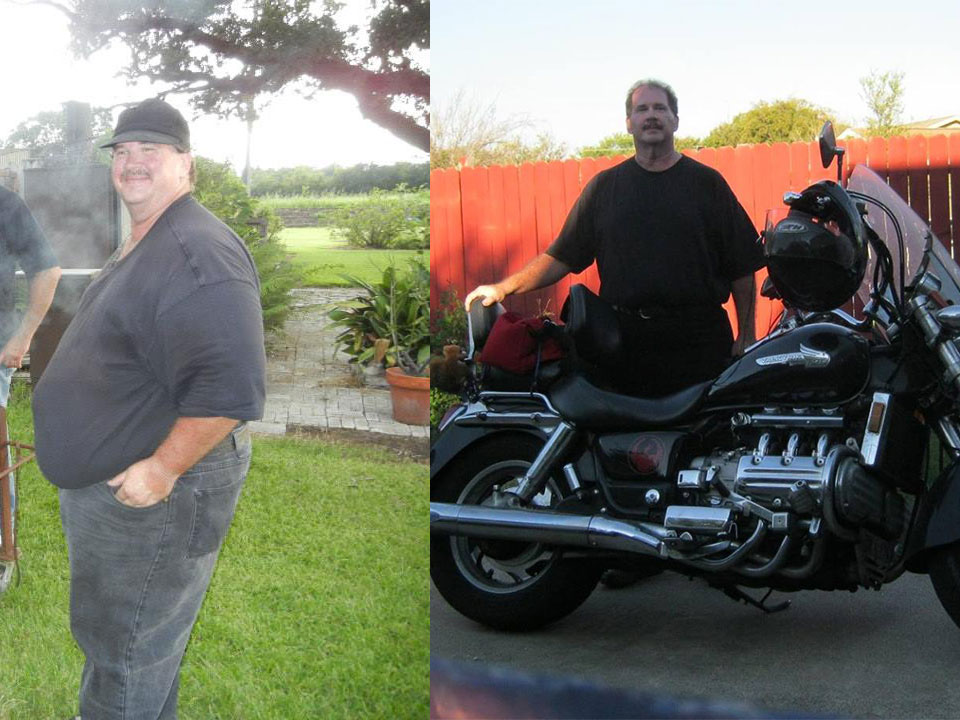 One Response to Losing it…