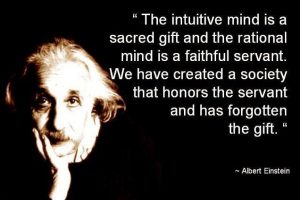 Instincts. We have ’em…in spades. Problem is we’re taught from birth to ignore them…those “feelings” and warnings dismissed as primitive and unsuitable in civilized society.

We also seem to have recently acquired a good dose of “entitlement”…we SHOULD be safe…anytime anywhere…so we seem to declare that we ARE.

Declaring we ARE something we are NOT despite the obvious seems to be in fashion.

This is bullsh!t of course.

While people in general are a good lot…society itself isn’t civil…anywhere there’s a population…the scavengers and sociopaths come. Even if they only account for one in a thousand…well..I’ll encounter 10 times that many folks on my commute (one way) alone today…

It pays to listen to your instincts.

The folks that teach us to ignore them…well…they’re either selling something, or the ones we should be actually worrying about.

So then there’s that awkward moment…

But still…these kind souls…had gone out of their way to warn me of a potential danger…and yanno…”stuff” can happen so it “could” be a wise thing to check it out.

They are normally *very* reliable.

The light changed…their lane moved first so they had to depart first…and once well ahead…seemed like they were going their way so I hit a parking lot for a quick check.

I never made the check though…the truck swung a right at the next intersection (the parking lot went all the way there), immediately turned into the lot and headed my way at a gallop.

Heh…fruitless though…ain’t nobody can gallop like me and The Dragon can. Parking lots are double the fun because of all the double rows of big concrete stops in the parking places…Valks effortlessly go through…even slaloming just to add a little fun to the morning…and the equivilent of “the finger” to the folks that couldn’t follow…insult to injury as it were. Trucks (at least if they want to keep running very long) have to go around.

Had galloping been…impractical…well, the trusty 1911 ready to hand can crack engine blocks…so a couple or three scumbags aren’t normally going to be an issue…and that’s assuming I bothered with it and wasn’t in the mood to simply break somebody (or three) in half.

Yeah, well…I’d only had one cup of coffee. And apparently I’m getting old. That adage again…you know the one…

Never start a fight with an old guy. If he can’t beat ya…he’ll just kill ya.

They’re out there folks.

(once again resolving to put a camera on the bike)

One Response to Instincts…