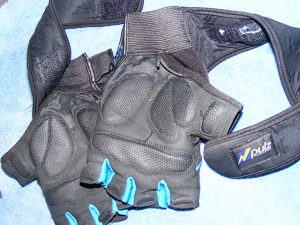 In late 2013, getting dressed for work one morning, I realized that I couldn’t button…a SIXTY inch-waist pair of jeans.

SIXTY inches. Think about that (’cause I don’t want to).

For some reason it was a surprise. It was also eye opening. One of those moments.

Yanno…all that standard issue rot that isn’t true, spouted by folks that have never had a weight problem, have no clue what it’s all about…and think they are elevated…when they drag others down.

I said something like, “Screw it.” and got to work.

By late 2014 I had lost 100 pounds. My doc then said something along the lines of, “Knock it off for a while, you’re killing yourself.” He then quit the business and went to work on tits and ass for California babes. No insurance headaches, cash or easy financing, and lots of “perks”…but that, again, is subject for another post (though I do wonder sometimes if I made the wrong career choice).

See, losing weight is NOT healthy. Not even a little bit. BEING a lower weight is healthy…the process of getting there is a serious stress in several key areas.

So, I knocked it off…and despite life clobbering me and mine in about 24 different stressful and serious ways, from late 2015 through 2016 I held my weight within a couple pounds of that number. Woot!

Dateline, February 2017. Woke up one morning and said, “Screw this. Screw the docs. Time to go again.” I joined a gym, hired a trainer, severely modified my diet, and went to work.

That was 9 weeks ago today. 34 pounds gone so far in this go-around.

I am wearing a pair of 42″ jeans today. They are loose. I need to punch more holes in my belt too.

So…it’s working. I know what to do…I just wonder how long I can keep it up. It’s NOT…as many folks will tell you, “Just a matter of willpower.”

Sacrifice, time, sleep, money, family, hobbies, projects, health…yah…apply all of those too.

I get asked a lot, “What’s the secret?” Even by folks that have asked it before.

Truth is, there is no secret. It’s just that nobody likes the actual answer.

Turns out it’s a LOT like distance motorcycle riding. You’ll occasionally love it, often hate it, and frequently wonder, “Just what the bloody hell am I DOING here?”. You’ll hurt yourself, feel better, feel worse, wonder why you’ve not done this all the while, and then in the next moment, swear you’ll never do it again.

You’ll also have people hate on you for no more reason than you are what you are…doing what you do.

And the process goes round and round.

But, the secret…or non-secret…the thing that simply doesn’t exist because folks won’t believe what they don’t want to hear…is this:

It’s a decision…and it takes total concentration and commitment…and that sacrifice I spoke of earlier.

Be prepared to irritate and disappoint your friends, family, spouses, boss, etc…when you have to declare, “NO. This time is for ME and I’m NOT going to change it. No. Not even for you. Not even ‘just this once’.”

Anything less just won’t cut it. Folks will tell you, “It’s a lifestyle choice.” and that’s true to some degree…but it’s over-simplified to point of being an idiotic platitude. Choosing to ignore others’ requirements in lieu of your own doesn’t come easy to some of us…

And the cost is yet to be tallied in that regard.

Anyway, if you don’t believe that’s actually the answer…that’s okay. There’s about 40 million companies all lined up to sell you the latest “magic pill” to take care of it for ya. Let me know how that works out.

One Response to The Secret