I’m still trying to come to terms with just how much of this fitness thing…is a head game.

…and that’s before actual physical limitations make themselves known. Old injuries. Years of hard work. Abuse. Neglect. Those things accumulate slowly…and one day they are suddenly a burden.

…and then others throw their own munitions into the melee. My doc actually told me I should, “Set a more realistic goal.” I had just told him I was going to lose 50 pounds. He suggested 20. I’ve now lost around 170…on the other end my employer sets a goal that is impossible…and actually unhealthy. One day I’ll probably write a post about the pressure from the media…and society in general.

Oh, and let’s not forget work…and well…life. All demands more time, effort, and resources than you have to give…and the only place to make up the shortfall is to take them from yourself.

None of that stuff allows for this sort of achievement…but how do you stop? There are very real, serious consequences to your relationships, career, etc when you have to “take back”…

A total head game…and that’s the hardest and most dangerous game to play. 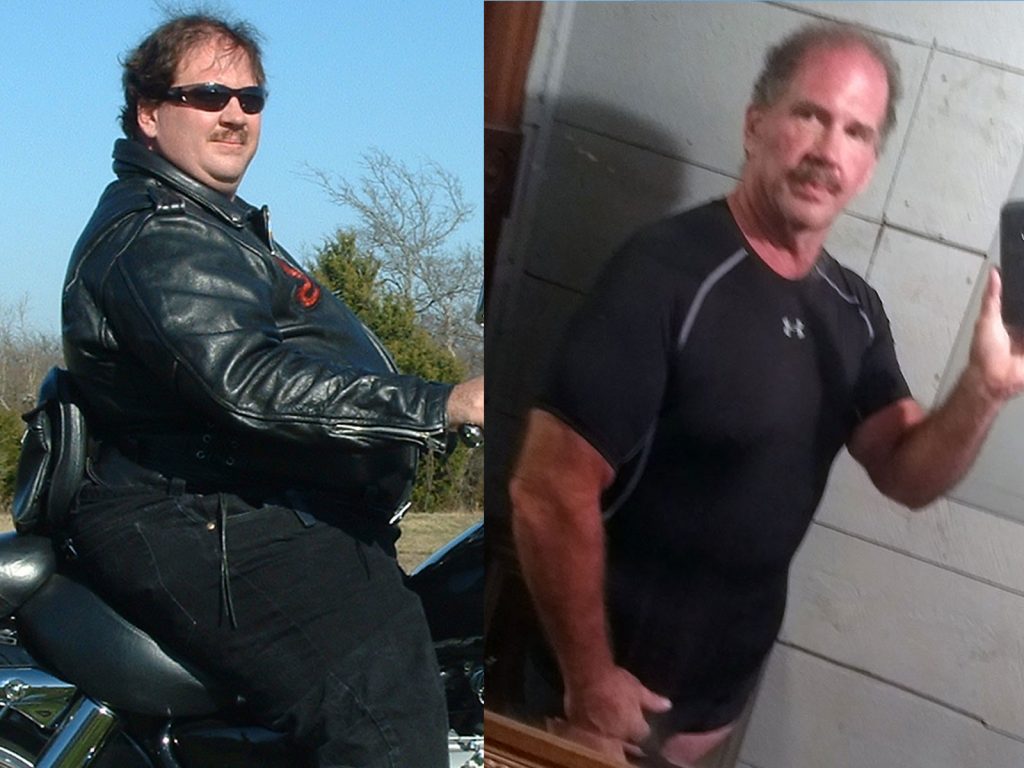 I’d claim I’m winning…but I do not recognize either of the men in this picture.

…and I’m not being flippant about it…it’s a complete mind-fuck…both ends of it…how I got there…and how I’m getting here.

It’s heartbreaking…How did I get there? Fracken HOW? I really don’t know…I was just working hard and struggling through life…do people seriously think I chose that?

As for goals…yeah…those things. Baby steps? Shoot for the moon? Reasonable? Aim for the stars? Doesn’t matter…they’re all the same…an endless battle with yourself, with uncounted sides in the melee…and none of the motivations exactly clear. Small goals. Large ones. The decisions are the same. Get out there and fight…and pay whatever the price is later.

Mind fuck. Of. The. Highest. Order.

You learn a lot about yourself in those battles…but it never gets easier. Each day is a fresh start. Same battles. Same lessons. Same doubts. Same struggles. This is not a good thing.

I’m not done yet. Roughly 30 pounds to go to reach 15% body fat…that’s “athletic”…muscle and blood. Best shape in my life…if I do it right that is…

I’ll see you on the road…but I feel I’ll still be wondering…is that me I see in the mirror?

One Response to Forgive the somewhat narcissistic selfie…