Just a moment while the judges calculate the scores…. 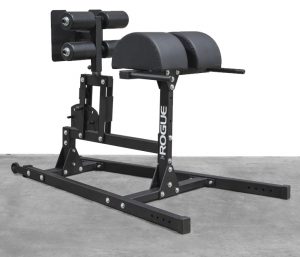 Maybe it had a burr under the saddle?

With all the legendary grace and agility I occasionally bring to bear I rather creatively dismounted the GHD machine at this morning’s workout.

I apparently did something stupid getting off the thing…not even totally sure what…and I well, you know what they say…stupid is supposed to hurt.

Heh…stupid teaches too. I guarantee I won’t dismount quite that way again! 🙂

The alert reader may note that I carefully did not say I wouldn’t do anything stupid again…that’s waayyy too limiting.

I aggravated an already aggravated left shoulder…very annoying as I was finally getting through that…I pushed the shoulders hard last week and was feeling lots better.

I figure tomorrow it’ll either feel a little better or a lot worse. Stay tuned!

The scores are in! Obviously lost points for style.

In other news…I hit 23% body fat last week…this apparently makes me “average”, which surprises me, as I still don’t really see it in the mirror. Still, it’s encouraging as I’ve not been near that number in decades…and that only leaves about 8% more to lose to achieve “athletic”…

I’ve no idea what that number was at my peak weight…but it was near 40% just back in March.

Not bad for an old man, hey?

And the journey continues.

I’ll see you on the road…or *splat*…perhaps on the mat.