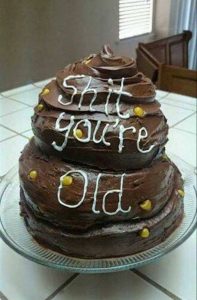 I’m not sure why we, as humans, insist on marking the years as they pass…but we inevitably do. Holidays, birthdays, New Years…all turn into a time to ponder the time gone by, and hopefully, to look toward what is to come as well.

One without the other leads to dark thoughts.

So, yeah. A birthday. Mixed feelings about that. Growing up, working dangerous jobs, suffering injuries and losing friends to jobs, accidents, riding, stupidity, and more…I would have bet…back then…that I would never have made it this far.

At least four times in my life I’ve been reduced by an emergency situation/accident/illness to the point were there was nothing left for me to do, no action left untaken, and no hope for extracting myself on my own. Inevitability is not a conclusion I arrive at easily, but these times there was nothing left but to endure as long as possible…and then most probably die. At least two of those times I wished it would just get it over with. I might have even begged to some higher power. But I still endured…

I don’t know how NOT to fight. I’m not quite sure I believe in my own mortality.

Except on my birthday…

I’ve been fortunate, in retrospect, that each time I endured long enough for the situation to change for the better or for desperately needed help to come. One day…when I can do it without panicking…I’ll attempt to describe being intubated while still (barely) conscious. Those were the two times…

So. Mixed feelings. I can’t believe I made it 5+ decades. I sometimes wonder why it was me instead of others. I find myself fretting over the time I wasted, while at the same time looking forward to what I can achieve in the NEXT 5 decades.

I’ve been working hard this year…and am currently in the best shape I’ve been since a teenager. An accomplishment? I suppose…except for all the time and effort I wasted in the past that GOT me in that bad shape in the first place.

And realistically, maybe not in the best shape…certainly by some markers, yes…but when ya get into your 5th decade ya simply don’t bounce as well as you used to. Crunchy. Ouchies.

If only I knew then…

I’m sure I’d have fretted more about that…birthdays seem to inspire such in me…but then my woman took me out for steaks and a movie…and then took me to bed.

Even after all these years…near 10,000 nights with her…that gets my immediate and undivided attention.

The simple fact is…life’s too damn good to be this damn short.

If it’s not…well…you’re doing it wrong.

*raises glass*
Here’s to getting it right!”

This entry was posted in Blog, Weight Management. Bookmark the permalink.