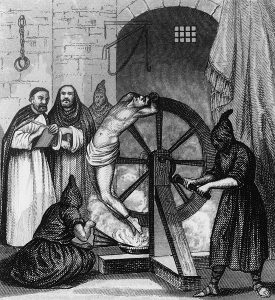 1st PT session on the shoulder last week. Very exciting for a number of reasons…

1) On instructions from the doc I’ve been SHARPLY limited on range of motion, so basically have had pretty much ZERO idea if there was “anything there” to work with.

Today we did full range of motion measurement. Pretty much no joint occlusion. Only 5 degrees from going fully vertical (175 of 180). She said this was minor and not the joint, just the muscles and we would easily get those stretched out. Every other direction has 100% motion. This is exciting stuff.

2) Did some exercises that begin to use the repaired rotator cuff muscles. No resistance…arm weight only. Very weak…quite a bizarre feeling…but THERE’S SOMETHING THERE! This is the first time since the injury that I’ve had anything positive on that shoulder. It’s better in its current state than it was then! Makes sense since the two major top ones were completely torn off and retracted…

3) PT Doc, on seeing the range of motion, “God I LOVE Dr. Vo’s patients. You picked the right surgeon. He is SO good at this.”

4) Over the last week or so that shoulder has felt…”restless”…and “desperate to stretch” for lack of a better way to put it…I’ve, of course, been unable to. That’s exciting because a) PT doc said that was a very good sign and b) I got to stretch it today. Ahhhhh! Almost better than sex. 🙂

5) I have “homework”…a series of exercises several times a day that strengthen and do range of motion on the shoulder.

This is the first time I’ve had something *I* could actively do that would influence the outcome. The prospect of the disability I was encountering from the shoulders was absolutely terrifying. Now I have more than a “hope” based on others assurances…rather I have solid evidence that I can get better.

One of my nightmares was that this would all be for naught.

Hard to explain just how much better it feels physically AND mentally just after one session (and some homework).

Got a bit of a dangerous time coming up…she (PT Doc) says most re-injuries in cases as severe as mine occur between 16-25 weeks…as it will feel 100% but it’s not quite ready strength-wise. Careful will be the word of the day.

Hard work…and it’s a bit painful…but pain I can do as long as I know what’s “good” pain and what’s not.

…and I’ve never been afraid of hard work.

In case it’s not clear…this is me being positively giddy!

Oh, and one of the PT Laws on a poster on the wall: “Never scream or cry because it only encourages us.”

One Response to An exciting day…