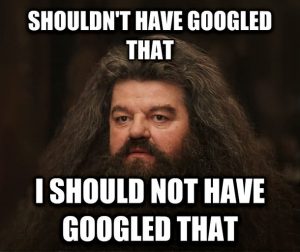 Facing another shoulder surgery…six months of PT on the other one have passed by. Six months of deliberate pain and debilitating weakness. It’s not even done…but PT is expensive and the insurance won’t cover it anymore.

I’ve got six MORE months of work on my own to achieve…maybe 80%…and a year after that for 95%. My goal is far in excess than that. Not only will I get back to where I was…I will surpass it. Mostly it’s just building muscle now…and I know how to do that. And I know who to hire when I need help on that front. I might even be able to afford that.

But the shoulder’s functional. So…time to do the other one. THAT one is a whole different kind of pain.

And that has to stop. Sanity depends on that.

Chop chop. The scars keep accumulating…and I have a rather unhealthily large number of pictures of the inside of my body. Hopefully the next batch will be the last.

My wife just grimaces and eyes me knowingly when I voice that thought.

Time to get this over with. Get it done. But that means six more months of the careful, deliberate, application of pain. Right to the edge. And the rest of the year lost. And most of the next one too I expect.

So…it’s scheduled. Simultaneously a relief…and an intense anxiety. Into the unknown. The expectation is that it will be *better* than it is now. Perhaps even, as in the other one…an expectation of 95%…with skill of the surgeon…and on my part, enough dedicated work and deliberate infliction of pain.

There are no guarantees though. There aren’t even any promises. Hopes lubricated by skill and hard work. And pain of course.

The accumulated injuries to both were severe.

If only the jobs…and the work…back in those days…paid what they were worth in the pain and injury that I have to fix now.

My surgeon is competent, enthusiastic, and passionate, eager even…and explains what he’s going to do, and what to google if I want to see the rest. He reminds me of…well…ME…when faced with a difficult problem that will tax my skills to the edge.

I like him. He, like me, is the guy you call when you’re serious about getting the job done.

But do they know what they hold in their hands? Do they know the price I’ve paid? Do they realize what’s at stake?

I hope so. I’ve no rational way to communicate it otherwise.