A pre-dawn run…*north*…to throw some food, water, and forage at some critters. My task while a friend is medically indisposed. There’s no room in the schedule for it. I fit it in anyway.

Some horses, a couple donkeys, a couple mini’s…and a sheep named “Scooter” that thinks he’s a horse. Entertaining…that one.

Retrieve all the food troughs. The horses have apparently been holding a soccer tournament and the troughs are scattered over an acre or so. Line ’em up. Pet the donkey. Toss some food. Check the water systems. Hay for the littles. Evaluate what’s left of the pasturage (we’re having a hay shortage). Check the fences.

I sure mess around with livestock an awful lot for a man that doesn’t have…or want…any livestock.

I finish about the time the sun comes up.

On my (now three times as long) commute into the heart of the metro-mess, I decide the small apple and single cup of coffee I’ve had this morning do not a breakfast make…and carefully peek at the clock.

Hmmmm. Traffic’s been nice this morning. Miles to go. Divide by pi. Carry the 2.

Yeah, a stop for breakfast will fit in the schedule. Well, not really. But I’ll make it work.

I’m just into my second cup of coffee when the waitress deposits my omelette on the table.

I raise an eyebrow at her…ponder a bit. I usually splash just a bit of Aquavelva Ice Blue on after shaving…yanno…irritations and all that…but I didn’t shave this morning. No time.

And then I realize. 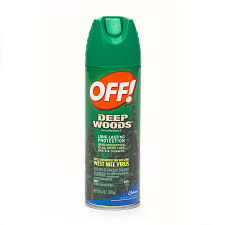 Y’all know what chiggers are? It’s close to time for them, and I take no chances, being particularly susceptible. They are, to me, irrefutable proof that we were born in hell and have to work our way out…but that’s subject for another post.

I wonder if they should change the label. “Spray on socks. Repels chiggers. Attracts Cougars.”

One omelette and half a dozen cups of coffee later I’m on my way again.

Gonna be a long day.

This entry was posted in Blog, Ramblings. Bookmark the permalink.

One Response to Attractive repellent.