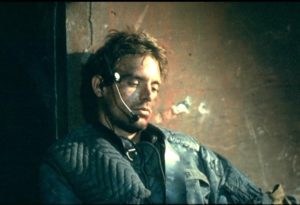 “Listen, and understand! That Terminator is out there! It can’t be bargained with. It can’t be reasoned with. It doesn’t feel pity, or remorse, or fear. And it absolutely will not stop… ever, until you are dead!”
–Kyle Reese (The Terminator 1984)

Well…okay…maybe it’s not QUITE that dramatic…but perhaps it should be. The fictional “Terminator” managed to kill 21 (according to the ‘net) before getting squashed in a conveniently configured Terminator squishing device.

The thing I’m talking about today will kill around 1,100 people in the US, just today…and EVERY day…and it’s NOT fictional. 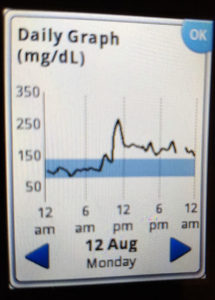 Take a look at this graph. Bear with me here…let’s say the graph itself represents your body’s dealing with a substance that is beneficial if your exposure is kept to a level that your RESPONSE remains in the blue band (normal range). If you are over-exposed to this substance your response becomes “dealing with a toxin” and the chart goes outside the blue band.

Outside that normal range, the substance AND your response to at become increasingly toxic. So toxic in fact, that if you continue to be exposed to this level of the substance over time, your ability to endure even normal exposures becomes weaker and you begin to suffer from things like kidney failure, nerve damage, blindness, lymphedema, heart disease, dementia, and a host of other dire side effects. Within a short time, if left untreated, this condition is lethal. Even when diagnosed AND treated, if you are still over-exposed, the condition is STILL lethal…it just takes a little longer.

The cart above is real, and that massive spike is the rise in glucose from “exposure”. Effects include ramping up the pancreas to “deep fat fry” levels of insulin production, which will…burn it out even whilst these high levels train your healthy cells for insulin resistance. Note both the high glucose level, AND the body’s response of a high insulin level are both harmful, even in otherwise healthy individuals. NOT a good thing.

So what is this “exposure”? Rat poison? Chemicals in water? Late night TV commercials? If it was any of those we’d ban it and hunt down and prosecute the folks marketing it to us.

See that spike “out of the blue”? That’s the body’s response to a single bowl of breakfast cereal…that thing we’ve been taught all our lives is a staple and HEALTHY. Liver processing the sugar as a toxin, pancreas ramped up. Fat cells greedily gobbling up calories and growing, even while healthy cells are trained to be glucose resistant and are starving.

I can’t even tell you which one, as they’d probably sue me into oblivion for calling their extraordinarily high-profit product “poison”. Yeah, well. Anything high carb/sugar, low fiber? Sodas. Cereals. Breads. All the same…and that’s approaching 70% of the average diet. For many people it’s FAR more.

The American diet is lethal. But it’s DAMN profitable.

YOU…and only you…can fix it. This is a Terminator you can squash. It’s not even complicated. Note that I didn’t say it was easy. We are addicted to these foods, and the marketing is absolutely ruthless.

It takes time. Get started today.

One Response to Listen, and Understand!