Ker-Raunch! (car up the tailpipe)

Popped a wheelie on the Valk this morning…from a standing stop…without even using the engine.

I stopped at the stoplight at Record and Young street (downtown Dallas)…across the street is the entrance to work. There was an SUV in front of me. Fortunately I’m in the habit of not pulling up real close to the cars in front of me at the light.

KerBangCrunchTinkle! The lady in the little car thing behind me was slowing down the last time I checked my mirrors (always when coming to a stop), but at the last second just didn’t slow down any more. She apologized, saying she looked down for her work ID.

Popped the front wheel a bit off the ground and pushed me forward a bike and a half length or so. Almost dropped it, but fortunately the hit was pretty much straight on (the bike turned a little to the left) so there wasn’t much sideways vector to stop…she was leaning over to the right hard and I was just at the point where I was at the edge of my strength and it was time to let her go and ease her down, but at that last second…I got it. Gonna be sore a bit methinks…as much from the hit as the holding her up. 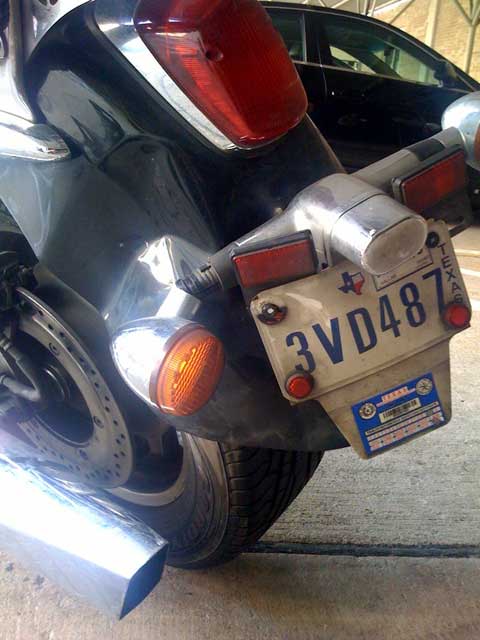 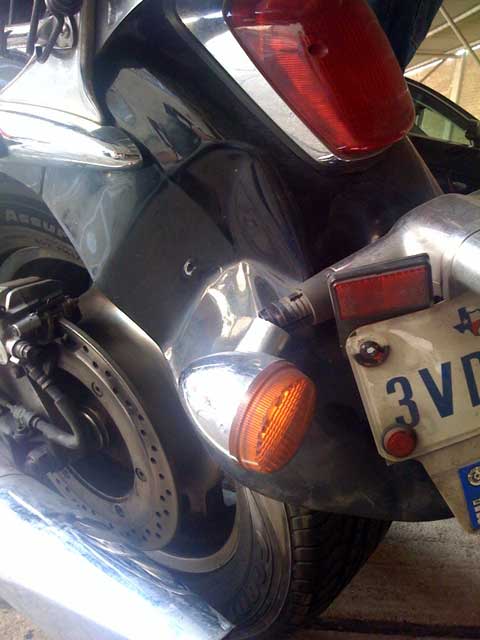 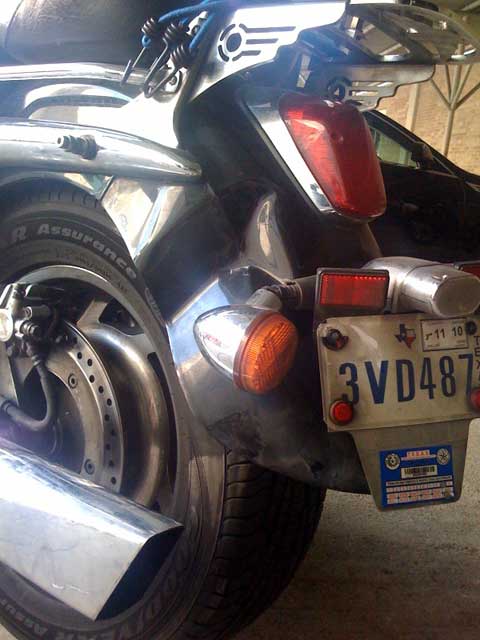 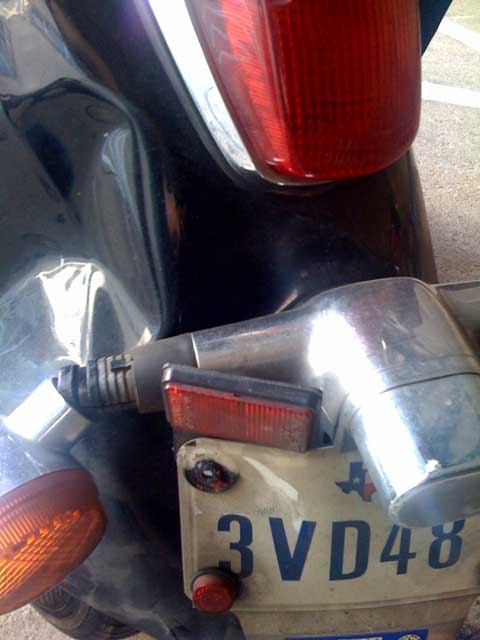 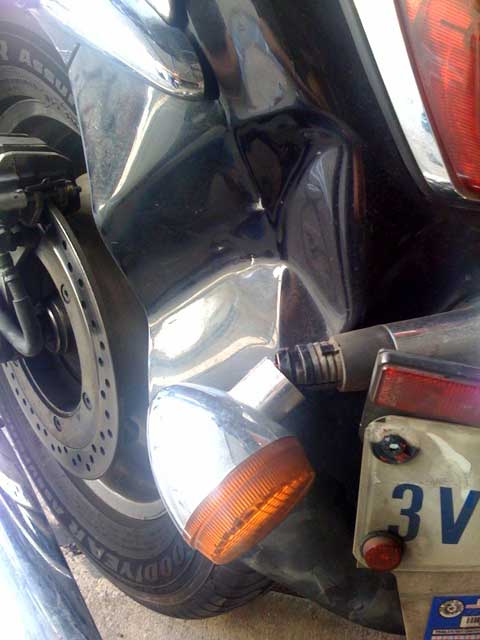 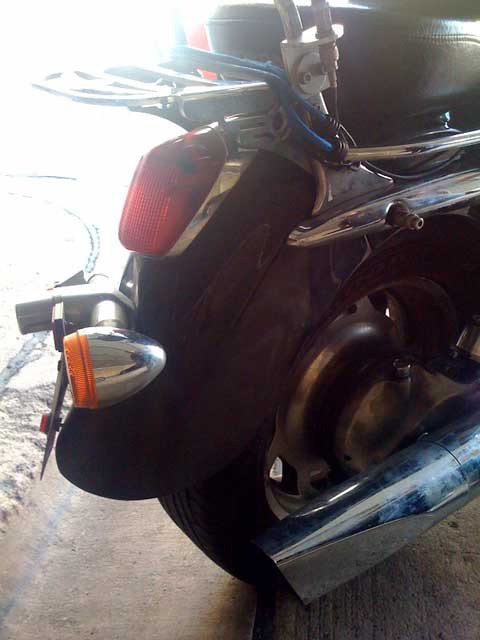 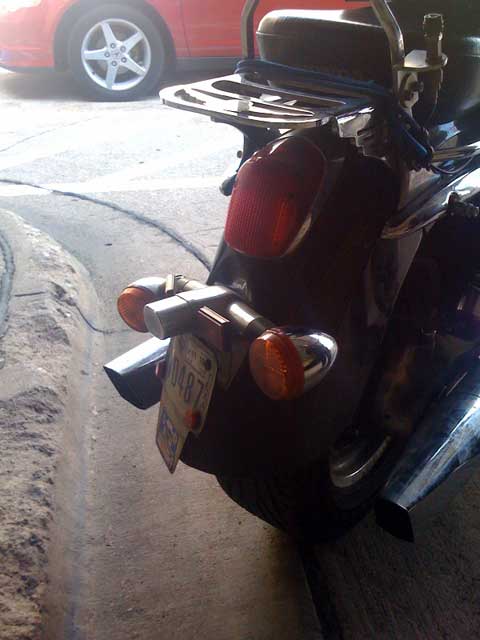 The hit was above the pipes, so they are apparently not damaged on first inspection. Looks pretty much like the damage is confined to the rear fender segment and lights. I’ll have to check MUCH closer…the tire took most of the hit…it was surprisingly jarring hit, but I don’t think it was hard enough to damage the swing arm.

I know that big, bouncy Goodyear on the back is supposed to result in flaming death, but I think it took the brunt of it and saved me some damage today.

My backrest caught a load…I’ll have to see if I’ve performed the “Serk cut” or not. The Serk cut is an unintentional fender modification pioneered by one “Serk”, a 12 foot tall friend of mine (at least, he always seems that tall), wherein you overload the backrest at its mounting point and tear the mounts out of the bodywork.

Already called in a claim. Hopefully hear from (her) adjuster soon. Shouldn’t be any big deal except fender segments are quite pricey new.

Didn’t really need something else to work on though.

Not the *best* way to start the day…but I’m still walking and talking! I *am* feeling a bit sore though.

Thanks to my friend Susanne for the pics!

2 Responses to Ker-Raunch! (car up the tailpipe)