I celebrated a birthday yesterday. It marks an interesting day…as 5 years ago my health was such that there was no way I was going to make it to this day.

The passing of time…usually marked by things like a New Year, Christmas, or birthdays, inevitably leads to reflection, and often to evaluation.

So many view that year gone by…as a step closer to the end…or away from things “they could” and the like…and it colors not only their reflections of the present, but their view of the future.

As a young man from my position and background…with my future prospects…I would have bet I wouldn’t make 30.

I just passed my 55th birthday. Is that too late? Is my life over? Have I peaked? Physically? Mentally? In my enjoyment of life? Experience make me jaded? Grumpy (as it seems to do to so many). Weary of the world? Is THAT my topic of reflection?

I’ve always tried to make my way…but mostly…for my first 5 decades, I went were the winds blew…yes, I worked hard…but really I coasted down the easy or expected paths. It took me to a “not good” place. Was that my lot? Was that all I could expect?

Hell. To. The. Nope. Not reflecting on that.

So what ARE we supposed to reflect upon?

Shit, I don’t know…but I do know this…the future…tomorrow, next week, next year…are what we CAN exert influence on…what we can steer or lead…and as long as we’re breathing it’s not too late.

I *know* this. I’ve done it. Am I another year…or decade older? Sure as hell am…and I’m better than I’ve been in decades…physically, mentally, financially.

It didn’t “just happen”. It was not luck. It was a choice, followed by learning what it would take, and most importantly, by DOING those things.

Ten years difference in the photo below. I was even heavier after that 1st photo…and didn’t really start on this endeavor until I hit 50. On the right…I’ve lost more weight then I weigh today. 222 pounds down. Added muscle too. Beat high blood pressure, diabetes, metabolic syndrome and a host of other things that were adding up to take me before 55.

And I’ve not peaked. Not even close.

If experience has made you weary…it’s time to take a different road. There’s more to see…do…experience…than can be done in a dozen lifetimes.

It’s nothing more…or less…than a choice. 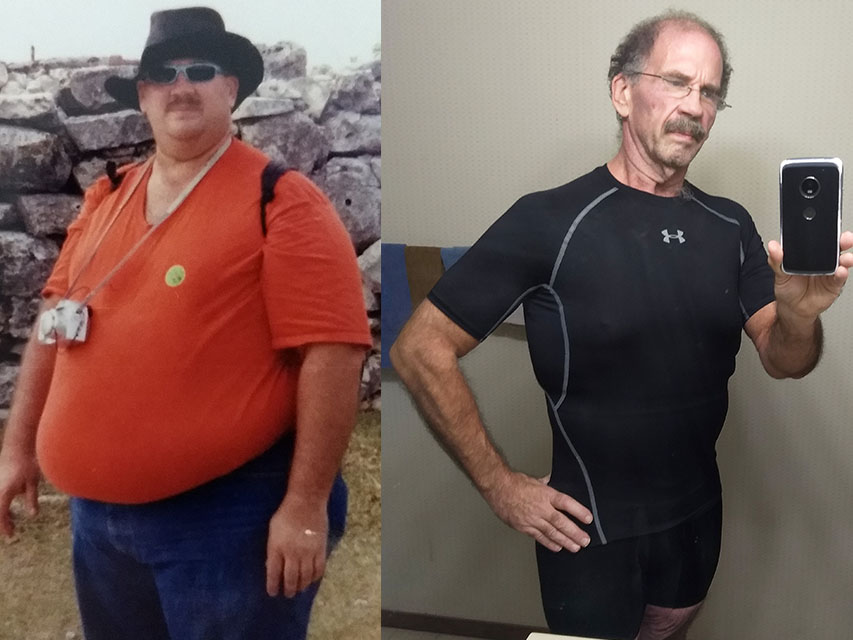